TV Critics: Close to the Enemy; The Secret Life of Prisons 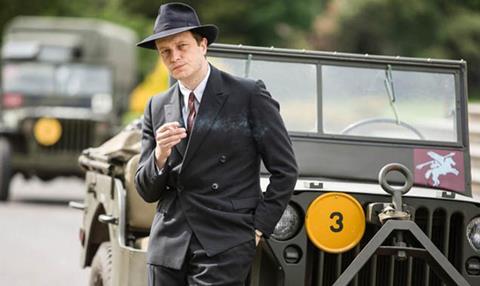 Close to the Enemy, BBC2

“It’s bold, and beautiful, haunting, clever and original. And a bit arrogant; both splendidly and annoyingly so.”
Sam Wollaston, The Guardian

“Poliakoff’s pacing here is stately going on funereal. It looks good, as Poliakoff’s work always does, although no better than much television drama these days.”
Andrew Billen, The Times

“Close to the Enemy is by no means perfect, but it refuses to bow to any modish convention. Poliakoff writes for himself and in this age of focus groups and drama led by marketing strategies, such audacity should be cherished.”
Ben Lawrence, The Telegraph

“Close To The Enemy ticked all the boxes as it delivered punch-ups and sardonic quips galore. It had all the seediness of a Graham Greene novel, blended with John le Carré’s tradecraft and a dash of Fawlty Towers.”
Christopher Stevens, Daily Mail

“With a pretty war crimes investigator, some telling flashbacks and a host of men with accents as false as their passports, this could be a rival to The Night Manager. Then again, with Poliakoff’s fondness for weird, inconsequential dialogue and some of the acting less convincing than a Bakelite tiara, perhaps not.”
Matt Baylis, Daily Express

“This is extraordinary, both in what it says and how it says it. It’s one thing to read and hear about a prison. It’s another to see Simeon staggering about on spice, screaming before having a heart attack.”
Sam Wollaston, The Guardian

“From what has been posted and by enterprisingly tracking down who had done so, the director Tom Barrow assembled a desperately worrying montage of a prison system in crisis. His film demands an urgent budgetary response from the justice secretary.”
Andrew Billen, The Times

“Far from showing us things we’d never seen before, this montage of illicitly captured mobile phone footage showed us prison life exactly as we’d seen it many times over. There were men taking drugs. There were men hitting each other. That was it, really.”
Matt Baylis, Daily Express