TV Critics: Code Of A Killer; How to Be a Young Billionaire; Raised By Wolves

“Code Of A Killer, you could say, is doomed by its own DNA” 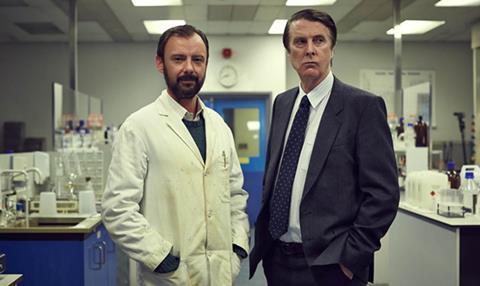 Code of a Killer, ITV

“As a straight-up crime story this would be seriously good. It’s only the decision, taken way back in the ideas room, to explain the science that gets in the way. Code Of A Killer, you could say, is doomed by its own DNA.”
Matt Baylis, Daily Express

“I hope the drama was respectful enough in its storytelling: it was certainly engaging enough to bring more people to know what was achieved. I’ll certainly return for the concluding part next Monday.”
Alex Hardy, The Times

“Michael Crompton’s script never quite got to grips with the science or managed to convey why Jeffrey’s discovery was of such huge significance. There’s only so much the viewer can infer from endless close-ups of test tubes and pipettes. As a crime drama, it was on much more confident ground, delivering a cliffhanger that should have you on tenterhooks before next week’s conclusion.”
Ellen E Jones, The Independent

“The biggest problem was that the failing investigation, rather than the unique and inspiring story of scientific discovery, was allowed to dominate the storytelling. Sure, chronologically, the scientist and the policeman had to be kept apart until, as in life, Baker read an article about Jeffreys’ work and tapped him for help. But the imaginative spark that might have bridged the gap between their storylines, and made them bounce off each other until their paths eventually crossed, was entirely missing.”
Gerard O’Donovan, The Telegraph

How To Be A Young Billionaire, C4

“Credit to Channel 4 for not making How to Be a Young Billionaire into another structured reality show, à la Taking New York.”
Alex Hardy, The Times

“There were times when Michael Ogden’s film lost focus; not everyone featured was relevant to the entrepreneurial theme. But it showed how the right kind of talent, drive, and enthusiasm can reap rewards in this incredibly fast-moving world.”
Gerard O’Donovan, The Telegraph

“The throw-your-head-back-and-howl lines are too many to list. What raises it, for me, is the truthful undertow. The way young Germaine, genius-clever, crazy for love, utterly unaware of the world, lusts after nasty, thick lads like Lee is something outside the zany space of sitcom, closer to soap. When soap was still good that is.”
Matt Baylis, Daily Express