“Crazyhead is Buffy the Vampire Slayer but with bad language and a down-to-earth attitude to sex and romance.” 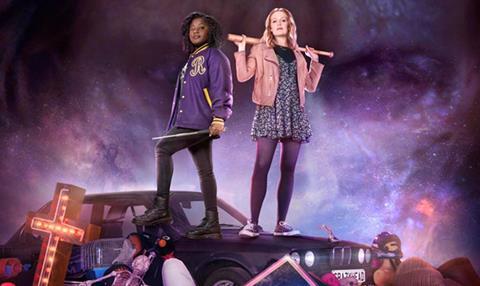 “Crazyhead is Buffy the Vampire Slayer but with bad language and a down-to-earth attitude to sex and romance.”
Catherine Gee, The Telegraph

“There is a good if unfashionable story here about the effects of divorce on teenagers. There is another, trashier, taller tale. Will the two manage to sing from the same Him sheet?”
Andrew Billen, The Times

“Fionn’s character smokes dope and skips school, and when he’s very cross he holds a toolbag of hammers and chisels over his stepfather’s head and suspends it there with the sheer energy of his sulk.”
Christopher Stevens

“Him was clumsily executed, and felt like the sort of thing that would end up on CBBC. Not so much Him as “hmm”.”
Michael Hogan, The Telegraph

“I can’t think of a single secret that was revealed to us over the course of the hour. But it was comforting. Rather like sinking into a hot bath, or biting into abuttery crumpet.”
Chloe Hamilton, The i