“Its sole purpose seems to be padding out the schedules until something more exciting gets made.” 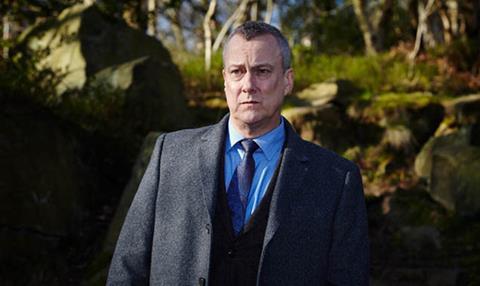 “Seldom has a double murder been made less exciting. DCI Banks takes the familiar cop show trope of slow policing to a new level. Any slower and he might not even be bothered to get out of bed to try and find the murderer in next week’s episode.”

“While ‘good, solid coppering’ doesn’t set the pulse racing, there was something satisfying about watching the methodical way in which the case progressed.”

“DCI Banks is solid, efficient, decently plotted but ploddingly paced. Its sole purpose seems to be padding out the schedules until something more exciting gets made.”

“This country may not be able to make comedies that are actually funny anymore but when it comes to taut detective dramas we’re second to none. All the ingredients of a good crime show were here. Give those scriptwriters a big hand as they managed to cram in more twists and turns than a pretzel on a roller coaster.”

“Sneering at DCI Banks for a lack of flair isn’t quite fair. DCI Banks specialises in well-paced stories with just enough intrigue to keep us from drifting off in front of the TV after dinner. It’s the sort of series you don’t have to watch every week but which makes for entertaining enough viewing when you do.”

Sarah Hughes, The i

“Nothing’s changed since the last series. This show never does move on.”

“This was the second week of the contest and it flew by. The first edition of each year’s Bake Off is always slightly daunting as we struggle to work out who’s who, and spot their strengths and weaknesses. But now their faces are more familiar, we can settle to the business of drooling over the cakes and deciding whose showstopper we’d eat first.”

“Ms Giedroyc was flying solo in the marquee. However, it’s testament to the sterling job she did that viewers soon forgot. The salmon blazer-clad pocket rocket was absolutely everywhere.”

“How would it fare without Sue? With co-host Mel Giedroyc flying solo would the relentless flow of double entendres be stemmed? Not necessarily. Knowingly or not, national treasure Mary Berry gifted Twitter with a soundbite about eating ‘a bit of carpet’. Business as usual.”

“Sex, Lies and Cyber Attacks set itself up to be to be the inside story of how the Ashley Madison website came to be hacked in July last year. It inevitably promised more than it delivered. As an insight into the deluded nature of the male psyche, though, it worked well.”