“I defy anyone who watched it not to have welled up – or worse. But at the same time, it was utterly absorbing.” 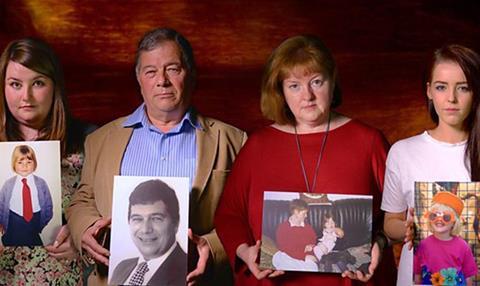 “The makers did what good documentary makers should do in the face of such overwhelming stories: recorded the words of those at the heart of them simply, edited unobtrusively and didn’t give way to sentimentality.”
Lucy Mangan, The Guardian

“It was, of course, harrowing stuff. I defy anyone who watched it not to have welled up – or worse. But at the same time, it was utterly absorbing.”
Amy Burns, The Independent

“There are few things as impressive as an articulate Scot and they all were in this film.”
Andrew Billen, The Times

“This was a portrait, all the more moving for its restraint, of those whose lives were either lost or irretrievably changed by grief and sometimes guilt … Much had to go unsaid, but what was striking was the power of brief words to encapsulate a great deal.”
Jasper Rees, The Telegraph

“Grantchester would work better if it was longer, a two-hour mystery like Endeavour or Vera. The 60-minute format is too rushed for such an ambitious show.”
Christopher Stevens, Daily Mail

“Surely there is an upper limit to the tariff of rueful smiles that play on the Reverend Sidney’s concerned face before someone somewhere has to change the record.”
Jasper Rees, The Telegraph

“One thing every long-running TV drama needs to learn is its turf and the boundaries that surround it. You don’t want helicopter chases in Emmerdale and you don’t really want the cast of Grantchester getting up to their dog collars in Cold War espionage. Any scene that involves Robson Green chasing a gun-wielding lady agent through the cobbled lanes of 1950s Cambridge belongs elsewhere.
Matt Baylis, Daily Express

“The show seems to have learned from its original outing in 2009 and is rightly less about celebrity crack-ups and more about the people they meet, the problems they face and the causes of their homelessness.”
Lucy Mangan, The Guardian

“In its pretence that successful professionals, with jobs and families, would be instantly indistinguishable from the flotsam on the streets, it was patronising and insulting to everyone — viewers and flotsam alike.”
Christopher Stevens, Daily Mail

“Accompanied by a TV crew all the way, they’re clearly not in as much mortal peril as they make out but that doesn’t prevent them from learning something and teaching it to us.”
Matt Baylis, Daily Express

“The CPS will be pleased with the series and, for once, with a not guilty verdict — the one the film-makers passed on it.”
Andrew Billen, The Times