TV Critics: Jericho; The Age of Loneliness; Death In Paradise

“Let’s give a big ole yee-haw for Jericho’s fearless ambition to be (slightly) different.” 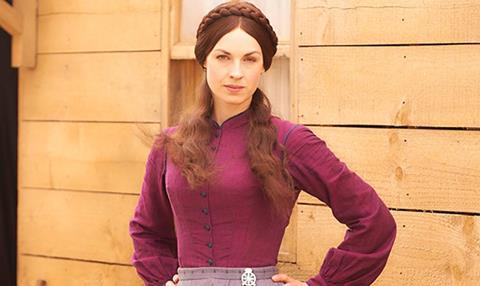 “The plotlines had the faint air of steam trains you could hear chuffing round the mountain. But let’s give a big ole yee-haw for Jericho’s fearless ambition to be (slightly) different.”
Jasper Rees, The Telegraph

“Visually, it’s a bit suspect, a bit Downton-wi’-navvies. The clothes, huts and warmhearted prostitutes all look a little too clean, the machinery a little too unbattered and the moors a little too unscathed, but no matter. The story’s the thing, and there’s plenty of that.”
Lucy Mangan, The Guardian

“It’s the intrigue and historicity of Deadwood meets the industrial boom of Peaky Blinders, with more grit and grunts than a packed third-class Victorian train carriage. And if the first episode is anything to go by, that’s a pretty gripping way to ride.”
Thea Lenarduzzi, The Independent

“Jericho is by no means risible and it is early days, but last night there was too little nuance in the characters we were introduced to: the proper widow, the decent chancer, the benevolent drunk, the evil drunk, the madman with a heart. Even Peters finds it hard to give his villain more than a single motivation. Were we simpler, more easily read folk 150 years ago?”
Andrew Billen, The Times

“There’s a cheap joke to be made there about how flimsy and flat [the characters] all were, and I am not usually above cheap jokes, but the truth is there was nothing really wrong with the characters or the acting. What ruined Jericho was the jerry-built plot.”
Christopher Stevens, Daily Mail

The Age of Loneliness, BBC1

“Now and again television actually makes itself useful. In The Age of Loneliness it performed a valuable social service by aiming a torch, searchingly but with great care, at an invisible epidemic no one talks about…Everyone should watch The Age of Loneliness, then act.”
Jasper Rees, The Telegraph

“It was an oddly uplifting – almost inspiring – film, given the subject matter; a tribute to the indomitability of the human spirit (everyone who had the time and who was in good enough health was pouring their energy into some kind of volunteer work or working to forge new lives and loves in the wake of often terrible suffering) and to Bourne’s respect and sensitivity towards her subject and subjects.”
Lucy Mangan, The Guardian

“It could have been improved only if [Sue] Bourne, once in a while, had knocked on the doors of the neighbours of her exceptionally honest interviewees.”
Andrew Billen, The Times

“There are no great claims to be made for Death In Paradise. The plots are repetitive and the police are caricatures. Tell me you think it’s rubbish and you can’t bear to watch, and I’d understand.

“But I enjoy it. Those old-fashioned, fiendish whodunnits are absorbing. Humph and his sidekicks, especially the boastful rum-swigging idler Dwayne, are lovable – and their self-important boss, played by the excellent Don Warrington, is a joy. Death in Paradise is the TV equivalent of a rubbishy book on the beach. And at this time of year, that’s welcome.”
Christopher Stevens, Daily Mail