“There is no need for Louis to be stripped of the BBC Grierson Trustees’ Award he received last week. Rather, this rigorous mea culpa of a documentary shows why he was worthy of it.” 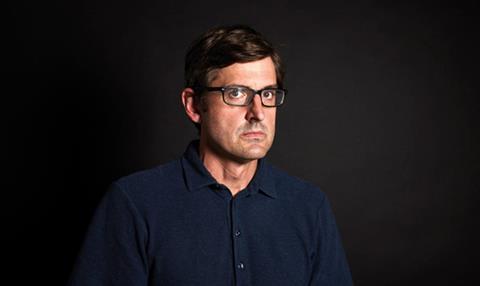 “The original, When Louis Met Jimmy, was awkward and creepy. This is braver, bolder, more grown-up, more honest, truer. And seriously uncomfortable.”
Sam Wollaston, The Guardian

“The documentary was hard on Theroux for it surveyed all the clues and opportunities he missed the first time and then subsequently. There is no need for him to be stripped of the BBC Grierson Trustees’ Award he received last week. Rather, this rigorous mea culpa of a documentary shows why he was worthy of it.”
Andrew Billen, The Times

“In the end an entire nation funded Savile’s abuse of children through charitable donations and the licence fee. If this important post-mortem pondered the gulling of one interviewer, it also documented a nationwide failure to see through that all too transparent string vest.”
Jasper Rees, The Telegraph

“What ruined Louis Theroux: Savile was his constant voiceover, pleading to justify why he had not exposed Britain’s most prolific sexual offender, BBC TV and radio presenter. The most revealing parts featured unused footage from the time. Louis’s embarrassed efforts to explain himself just got in the way.”
Christopher Stevens, Daily Mail

“However well it’s put together and however sensitively it is filmed (and being a Louis Theroux number, this was) a film such as this can only truly be judged on the insight it delivers. Did it tell us what went on in Savile’s mind? Not much. Did it tell us why Louis, and the nation, were taken in? Perhaps, and perhaps that’s enough.”
Matt Baylis, Daily Express

“This programme did not yield much more than the now-familiar answers. But it was a valuable reminder of how firmly the self-projected image of the eccentric but selfless fundraiser had become implanted in the public consciousness – to the extent that some people who knew him still didn’t think it possible he had committed such crimes.”
Jeff Robson, The i

“The Level is atmospheric and mournfully beautiful, with a haunting recurring motif of Brighton’s burnt out West Pier looming in the mist. Until the next Scandi crime sensation swoops in to sweep us off our feet, it will do nicely.”
Ed Power, The Telegraph

“At least their mining company appears to have hit a rich seam, which is more than can be said for the plot. How come anyone not in love with Aidan Turner still cares about any of this?”
Andrew Billen, The Times