“You can have Michelin stars coming out of your arse, but that doesn’t necessarily make you a TV star.” 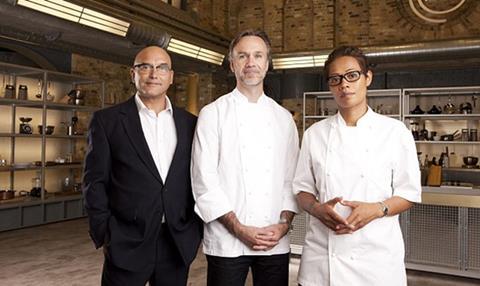 “This iteration of the MasterChef brand has always felt like the most redundant of the three, lacking both the hype and schadenfreude of the celebrity edition and the desperation of the amateur version. What’s more, standards in the amateur kitchen are now so high that it’s pretty tough to distinguish between them.”
Gabriel Tate, The Telegraph

“[Marcus Wareing]’s not exactly fizzing with fun is he, life and soul of the kitchen? You can have Michelin stars coming out of your arse, but that doesn’t necessarily make you a TV star.”
Sam Wollaston, The Guardian

“Credit where credit’s due: this is one of the few long-running competition shows to stick rigidly to its original mission. So while The Apprentice no longer offers an actual apprenticeship, and The X Factor has almost nothing to do with music, MasterChef: the Professionals is all about the food. It certainly isn’t about humour or personality, anyway, both of which were in very short supply on last night’s show.”
Ellen E Jones, The Independent

“The introduction of Ken Stott as a dodgy property dealer who appeared from nowhere to offer a £100,000 reward felt like the episode’s sole mis-step, there simply to pull the plot in another direction. But if the writers can imbue him with a backstory as well as a forward story – a real life, in other words - then The Missing will continue to be as grimly fulfilling as it is addictive.”
Benji Wilson, The Telegraph

“The Most offensive thing about The Missing is that, because it has subtitles and “ing” in its title, it thinks it is as good as The Killing. It isn’t.”
Andrew Billen, The Times