“This kind of jaw-dropping, eye-opening television is exactly what makes the licence fee such a bargain.” 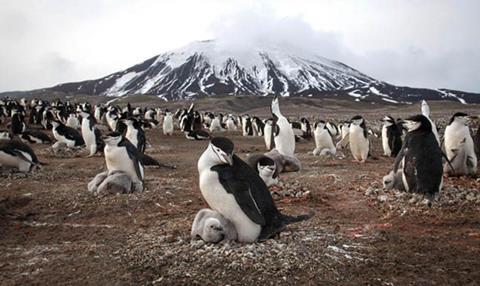 “The opening image of Planet Earth II contained the promise of everything to come. It was spectacular, it was beautiful, it was magical. Attenborough constructs his tales with the skill of a novelist, and presents them as grippingly as a Shakespearean actor.”
Christopher Stevens, Daily Mail

“His voice still radiated the awestruck enthusiasm of a schoolboy as he provided the commentary to compelling ‘circle of life’ dramas that transformed what could have simply been a televised biology lecture into essential viewing. This kind of jaw-dropping, eye-opening television is exactly what makes the licence fee such a bargain.”
Jeff Robson, The i

“Attenborough’s anthropomorphism can be shameless. Yet yesterday I realised I no longer mind. He wants us to fall in love with a natural world embarrassingly red in tooth and claw. To do that he needs to make us empathise with its most colourful and jeopardised inhabitants.”
Andrew Billen, The Times

“You know what, it doesn’t really matter if there isn’t much point, or an awful lot connecting it all together, and you don’t learn much. It’s basically saying that here’s some cool stuff that happens on islands, filmed incredibly. Top-quality wallpaper. With a bit of emotional manipulation thrown in to humanise it all.”
Sam Wollaston, The Guardian

“I have taken my time getting there, but I can now acknowledge the series’ genius. Between Debbie Horsfield’s screenplay and Aidan Turner and Eleanor Tomlinson, it has created one of the most real relationships on television.”
Andrew Billen, The Times

“We never tire of seeing the dominant male defending his territory and fighting over females, in Poldark. The three little words we really wanted to hear came at the end: Poldark Will Return.”
Christopher Stevens, Daily Mail

China: Between Clouds and Dreams, Saturday

“A delightful film, rich in hope as well as stunning visuals, and a reminder that China’s people are pondering more than the economic miracle.”
Matt Baylis, Daily Express

“No one could say this mini-series wasn’t enjoyable but the finale summed up the failures of the whole thing. As a series, it felt like a set of Russian dolls, each new bit exactly like the one before. It was a one-off masquerading as a series.”
Matt Baylis, Daily Express