TV Critics: The People Next Door; Grantchester; The Reassembler

“A glittering puzzle box of a mystery that hinted at dark deeds without ever fully showing its hand.” 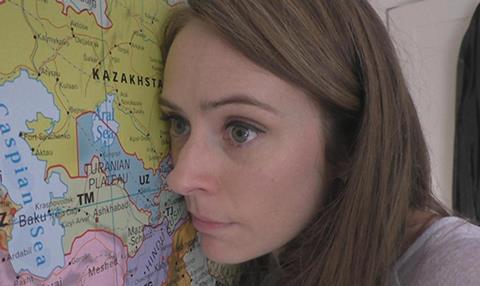 The People Next Door, C4

“Ben Chanan’s drama will appeal to anyone who has ever become suspicious about their neighbours and only later wondered if their obsessions have got the better of them.”
Stuart Jeffries, The Guardian

“Paranoia is a tricky emotion to convey on screen but writer-director Ben Chanan (also behind last year’s equally topical Cyberbully) orchestrated the tension masterfully … By denying us answers, this became a glittering puzzle box of a mystery that hinted at dark deeds without ever fully showing its hand.”
Ed Power, The Telegraph

“Writer Ben Chanan has carved out a decent niche for himself in creating modern, urban horror stories … Like the best ghost stories this was more about fears than fearful things, less about observed facts and more about the depths imagination can drag us down to. And like the best ghost stories it ended with a chilling hint that sometimes our darkest dreams might be true.”
Matt Baylis, Daily Express

“Dramas assembled from a collage of pixelated footage are no longer new – The Blair Witch Project, BBC2’s recent Murder — but here the whole drama was about the blur between bearing witness and stalking. And the great thing is that raw footage demands raw realism in the acting, nailed by Joanna Horton and Karl Davies as the middle-class couple.”
Andrew Billen, The Times

“An entire soap opera condensed to a single episode. Everything about the tale was designed to provoke questions rather than answer them, which is how all the best short stories trap us: they last no time, but linger for ages … The twist should have been saved for the end, with the story building to a conventional climax. Instead, it flipped back and forth in time, which added nothing to the narrative, but made it much more difficult to follow. “
Christopher Stevens, Daily Mail

“The serial sometimes got bogged down in marshy Fenland theology … The relationship between James Norton’s character and the local cop, played by Robson Green, however, has been divine, discernible in their merest glances. It is not just the religiosity and the music being so reminiscent of Downton (also composed by John Lunn) that make me say the next season belongs on the Sabbath.”
Andrew Billen, The Times

“The real problem, though, was the absence of the period dazzle that had made the first series a valentine to a halcyon England of sponge cake and whist drives. The visual palette of the show was as downbeat as the central plot.”
Ed Power, The Telegraph

“The air of doom was intensified by the way Grantchester seemed to know its own end had come. Viewing figures have been respectable, at around 4.5 million, but a third series seems unlikely from the way all the loose ends were gathered up.”
Christopher Stevens, Daily Mail

“James May’s series, which finished last night with him reassembling a 1984 replica of a Stratocaster electric guitar in what looks like real time, has him worrying that nobody is watching.”
Stuart Jeffries, The Guardian

“Unusually for a Horizon focused on the far horizons of darkest space, this was all interesting, comprehensible and more than a little exciting.”
Matt Baylis, Daily Express