TV Critics: The Secret History of My Family; Murder: Lost Weekend;The Secret Life of the Family

“The show relied on the strength of its storytelling to hold our interest.” 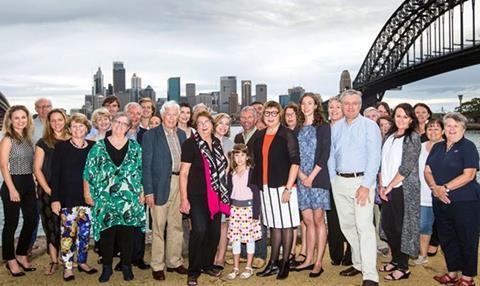 The Secret History of My Family, BBC 2

“Joseph Bullman, the documentary-maker who was also behind the award-winning Secret History of Our Streets, inevitably had to rely on some reconstruction to tell the stories of the sisters, but his smartest idea was to dispense with a narrator and relate their later lives in the voices of their descendants … A wonderfully rich, thought-provoking programme.”
Esther Addley, The Guardian

“The idea … was fascinating: tracking down today’s descendants of sisters caught thieving in the 1830s. But the whole thing was marred by falsehoods.”
Christopher Howse, The Telegraph

“Joseph Bullman’s documentary was artfully made with liberal use of black and white archive, real and fake, and sparing use of winsome actresses playing the sisters. It was Who Do You Think You Are? with a history degree.”
Andrew Billen, The Times

“Without any celebs to burst into tears over the archives, as they generally do in Who Do You Think You Are?, the show relied on the strength of its storytelling to hold our interest.”
Christopher Stevens, Daily Mail

“It was hard not to think that the practice of sending people away in chains might have freed them somehow, removing them from a kind of caste system that was condemning them to poverty and bad choices … I wasn’t convinced it could be that simple and I was disappointed by the sketchy detail that this show gave us about William Miles.”
Matt Baylis, Daily Express

“No one in the drama was pleasant or good hearted. Yet their narratives were compelling.”
Christopher Howse, The Telegraph

“We Brits are obsessed by class and last night’s Murder had disorder written all over it.”
Matt Baylis, Daily Express

The Secret Life of the Family, Channel 5

“The format takes six families of different provenances and chops up cameos of their lives in an attempt to prove we are all the same really — although its deeper purpose may be to supply an easy afternoon’s work for Hugh “Outnumbered” Dennis, deliverer of a relentlessly facetious commentary.”
Andrew Billen, The Times

“Their antics have a scripted feel: nobody forgets that the lenses are always watching, and even ordinary family activities like cookery and gardening appear to be staged.”
Christopher Stevens, Daily Mail

“The world, I expect, divides into those who thrill at the prospect of rifling through dusty boxes in a museum store room, and the sane majority. Happily, I sit firmly in the former category, and so found this a blissful hour.”
Esther Addley, The Guardian