“You can learn more about life and compromise from this programme than from 18 months following the American elections.” 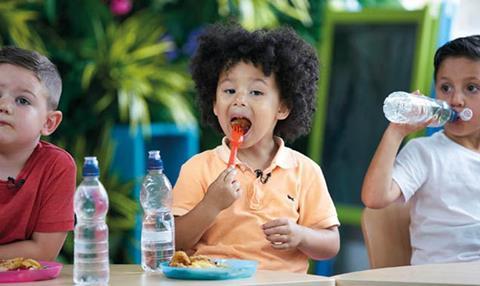 The Secret Life of 4-Year-Olds, Channel 4

“Once again ten little strangers were placed for a sunny week in a nursery bugged so that two child development scientists could interpret their every social faux pas. You can learn more about life and compromise from this programme than from 18 months following the American elections.”
Andrew Billen, The Times

“According to the academics, some children are like dandelions and others are like orchids. I can’t say I was convinced. Without the science, the children would be thoroughly entertaining. Their pronouncements were frequently priceless.”
Christopher Stevens, Daily Mail

“This would all be charming and hilarious, the psychology fascinating too, if I didn’t have a four-year-old with suspected orchid tendencies. I’m finding it too terrifying.”
Sam Wollaston, The Guardian

“This is a dull show: we watch a judge cook a simple dish, then the contestants are challenged to master it without instruction or recipe. Inevitably, they get it wrong. Hardly surprising. Has anyone ordered steak diane since 1983?”
Christopher Stevens, Daily Mail

“They’re a joyless pair, aren’t they, Marcus Wareing and Monica Galetti. Fernando is the contestant I feel most sorry for. Why should he know how to make a steak Diane? He’s from Mexico.”
Sam Wollaston, The Guardian

“Some say the series has lost its bitter edge now that Sharon Horgan is no longer writing the episodes. Maybe, but it has got rather funnier too.”
Andrew Billen, The Times

“At its heart this was a load of old clips, some delivering useful insights into the mindset of bygone ages, some just there to make up the weight.”
Matt Baylis, Daily Express