“By the end of an interesting and enlightening film, the kind of academic veneration so much conceptual art seeks to thumb its nose at was so firmly back in place.” 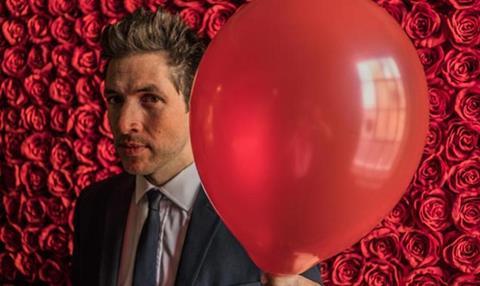 “Art historian Dr James Fox was a good and fair guide. By the end, he had at least made a case for the idea that conceptual artists worthy of the name remain true to the old tradition of planting ideas in audiences’ heads, and hoping that some will run with it.”
Lucy Mangan, The Guardian

“Fittingly, his tour was instructive and never boring. Suitably, the programme had a jazzy, playful style (as opposed to the usual art-doc approach of a batty presenter striding about).”
James Jackson, The Times

“Fox made a fatal error when he started taking it all too seriously. It seemed a shame that, by the end of an interesting and enlightening film, the kind of academic veneration so much conceptual art seeks to thumb its nose at was so firmly back in place.”
Gerard O’Donovan, The Telegraph

“It gave far too much time to that old conversation about whether art that isn’t a painting on a wall or a sculpture on a plinth is really art. In between all this lame editorialising, there was a decent history of conceptual art fighting to get out.”
Hugh Montgomery, The i

“Much of the art seemed to be making a point or asking a question in an unexpected, visual way. I wouldn’t have known that, ever, perhaps, had Dr Fox not explained this to me. And that, I can’t help thinking, is why some people will always fear or loathe the stuff.”
Matt Baylis, Daily Express

“Creator Mike Bullen’s determination to keep the plot driving forward relentlessly sometimes leaves plausibility gasping on the sidelines. Still, such blips were easier to set aside when the laughs were coming thick and fast. All in all, Cold Feet may not be perfect but it is definitely worth warming to.”
Gerard O’Donovan, The Telegraph

“Last night’s Cold Feet was breathtaking in the true sense. There was a moment when all the air was sucked out of the nation as we watched, in our shocked, hypnotised millions, the suffocation of Harry (James Bolam) by the depressed Pete (John Thomson).”
Matt Baylis, Daily Express

“As a deeply disconcerting profile of a barely hinged eccentric, it turned into something richer and more poignant when a tragedy occurred halfway through. Suffice to say, it resulted in Parks creating his ultimate work: a cathartic ritual that made our daring modern artists look like wimps — and was, hands-down, the strangest spectacle I’ve seen on television this year.”
James Jackson, The Times