“What gives Witnesses its own identity is that its particularly morbid plot makes it arguably even creepier than anything else to come out of Scandinavia.” 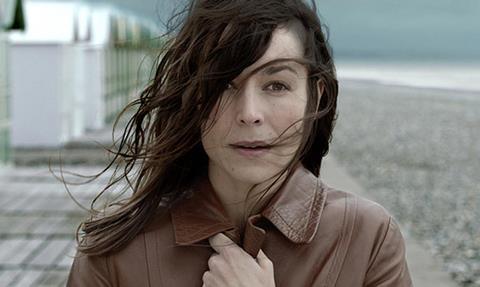 “Now it appears French television isn’t immune from the chill winds blowing from Scandinavia, either. Witnesses is clearly influenced by Nordic noir – from its determined, complex female lead to the blue-grey colour palette – but…it’s entirely its own animal. It’s also rather promising.”
Gabriel Tate, The Guardian

“There are elements we could do without –Sandra’s OCD seems as much an accessory as Colombo’s raincoat. But the acting from the leads – Marie Dompnier, Jan Hammenecker and Thierry Lhermitte – is naturalistic and the horror and humour finely judged.”
Andrew Billen, The Times

“What gives Witnesses its own identity is that its particularly morbid plot makes it arguably even creepier than anything else to come out of Scandinavia. Plus, it’s not often that a funicular is used for a sinister set piece.”
Catherine Gee, The Telegraph

“As a show it reminds me of the small-town French discotheques I was dragged to on school exchanges. Uncomfortably intriguing yet also undeniably naff.”
Matt Baylis, Daily Express

“This classy, creepy thriller should be judged on its own merits, rather than compared to our Dorset-filmed whodunit and its Scandi-noir forebears.”
Sally Newall, The Independent

“Despite being a well-worn format, this show is actually pretty magical.”
Sally Newall, The Independent

“One Born Every Minute returned last night for its seventh series, and with it all my many, many feelings. The central and growing one is that selective editing for a mass audience perpetuates the myth that childbirth is generally OK.”
Lucy Mangan, The Guardian

“So clumsy was Sharknado 3, it seemed slapped together by someone with dorsal fins rather than opposable thumbs. Dialogue was dubbed jarringly. The camera wandered off with characters mid-sentence. Slo-mo was deployed with all the subtlety of a hammerhead. It frequently felt more like Victoria Wood’s wobbly-setted soap spoof Acorn Antiques than a proper production. It was neither funny enough to be a Naked Gun-style parody nor kitschy enough to be a B-movie. It wasn’t so bad, it was good. It was just plain bad. Jaws must be turning in his watery grave.”
Michael Hogan, The Telegraph