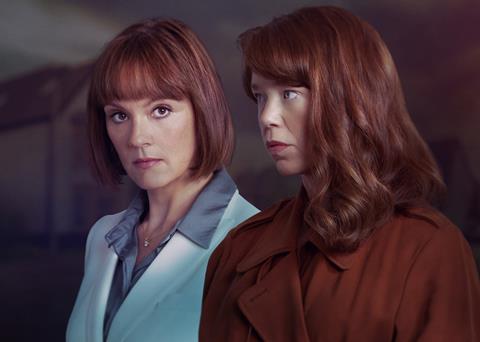 “The four-parter has now reached its midway mark. Like many viewers, I’ll wager, I’m not unreservedly enjoying Hollington Drive but I’ll probably stick around to see what happens.”
Michael Hogan, The Telegraph

“Maxwell Martin, simmering with rage, continues to be the only draw in this rather standard drama, although I am enjoying Jim Howick as the detective.”
Carol Midgley, The Times

“The fact that Maxwell Martin somehow makes us want to see Theresa escape this nightmare is testament to what an exceptional actress she is. Rachael Stirling, as her uptight, disloyal sister, is both a foil and a match for her, and their scenes together are thrilling. Add Jim Howick from Ghosts as a dishevelled detective and this gripping psychological drama is simply unmissable.”
Christopher Stevens, Daily Mail

“The worry with documentaries of this nature is that the perpetrator will derive satisfaction from getting the prime-time treatment. But not this one: the police interviews showed up Sinaga for the wheedling, inadequate coward that he is.”
Anita Singh, The Telegraph

“His bravery in being interviewed was remarkable, as was his answer to that central question – did he wish the police had never knocked on his door that day? No, he replied.“The unknown was harder than knowing.” His ability to look the horror in the face – and the documentary’s sensitive handling of it – was humbling.”
Barbara Speed, The i

“It was a horrible story sensitively told and without prurience.”
Carol Midgley, The Times

“My goodness, it’s a long hour as each throuple-to-be is urged through two question-and-answer rounds, each one pointlessly and painfully recapped by Bimini and their basket of laborious puns to fill another unforgiving minute.”
Lucy Mangan, The Guardian

“It wasn’t much more than a farce, but the actors’ comic timing and fizzing energy made it work, as did the programme’s eye for the off-kilter and surreal. The real draw, rather than the madcap plotlines, is the friendship and chemistry between the characters.For a programme ostensibly about “left-behind” people and parts of Britain, Brassic shares with This Country and Shameless a kind of core optimism: that however broke or stuck people might be, they find a way to look out for each other, and have a good time.”
Barbara Speed, The i