Savile: Portrait Of A Predator; Hunting the Football Trolls; Acapulco; All Creatures Great and Small

“It was a thoughtful reminder of a timeless lesson” 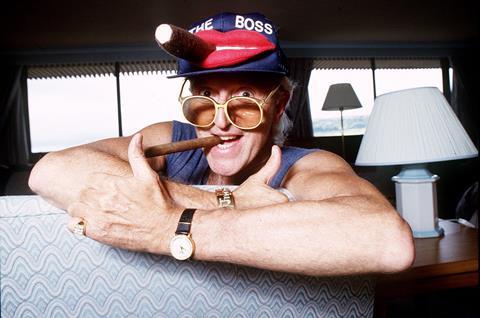 Savile: Portrait Of A Predator, ITV

“This documentary to mark the tenth anniversary of Savile’s death was short, shallow and skirted many of the worst facts. It’s telling that it screened on an independent channel, not the BBC which failed to conduct any investigation into his systematic sex abuse while he was alive.”
Christopher Stevens, Daily Mail

“Savile: Portrait of a Predator offered nothing by way of new information – the crimes are well-documented, and almost everyone here had told their story before. Was there any purpose in going over old ground?The people involved in the film would say that there was usefulness in the  programme as a reminder that while Savile’s eccentric person was unique, his predatory behaviour was not. The most valuable contributions throughout were from Gary Pankhurst, formerly a detective on Operation Yewtree.”
Anita Singh, The Telegraph

“Although it reiterated much of what we already knew, it was a thoughtful reminder of a timeless lesson: evil prospers when good men do nothing, but also sometimes when they try to do something.”
Carol Midgley, The Times

”The trudging predictability of all this went some way to undermining the potency of the film: racist online hate speech is on the rise; at the same time Twitter’s compliance rates (the speed with which they react to police requests for account information) have fallen off a cliff. You only have to spend five minutes on any one of the big media platforms to see which way the wind is blowing. Little of this was revelatory. As such, Hunting the Football Trolls felt a little bruised and careworn, less energised by its discoveries than dejected.”
Benji Wilson, The Telegraph

”The obvious hope of the programme makers is that they would be able to track down one of the trolls and have Jenas confront him or her. But – who’d have thought it? – the anonymous disseminators of bile prove so unwilling to stand publicly by their claims that the film has to settle for a brief and unsatisfying interview”
Lucy Mangan, The Guardian

“It is a deeply sweet proposition that also lays the foundation for solid, soapy melodrama.”
Rebecca Nicholson, The Guardian

“This show is a cleansing balm for modern ills. A frisky horse called Satan having his teeth rasped was the lovely content we needed. This show never lapses too far into sentimentality, which it easily could, so bravo for that.”
Carol Midgley, The Times