“When Poldark does baddies it does them panto-style” 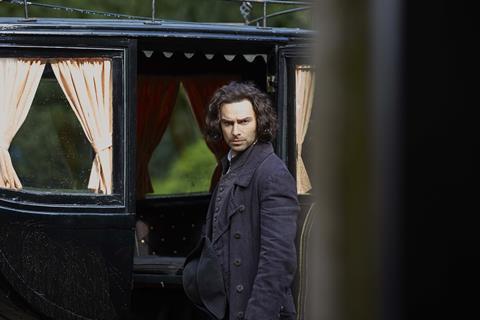 ”A spine-tingling episode that saw all of the principals gather in London for the first time, far from the bucolic idyll of Cornwall. This has been by far the most entertaining run in a fourth series that, at times, had been less than fully engaging. It certainly raises hopes for a satisfyingly hectic series close.”
Gerard O’Donovan, The Telegraph

”Long-running serials often run out of steam when they leave familiar surroundings — but a plunge into the wanton self-indulgence of Georgian England’s ‘Sin City’ has revived the Cornish folk.”
Christopher Stevens, Daily Mail

”When Poldark does baddies it does them panto-style.”
Carol Midgley, The Times

”In this age of overlong or flabby TV series (hello, the new season of The Affair!), Unforgotten shapes up like a lean whippet. The dialogue is sparing yet potent, every line earning its keep.”
Carol Midgley, The Times

”Unforgotten involves us inthe chase and the mystery but unlike many a crime thriller, it never forgets the crime.”
Matt Baylis, Daily Express

”It also sort of works as television. Because it’s an interesting, original project, with a colourful cast of characters. Plus, you learn of lot of new words for fanny.”
Sam Wollaston, The Guardian

”Although there are strong hints of Louis Theroux in [David] Farrier’s chin-scratching demeanour, overall the series is part of a recent trend for making titillating TV from the world’s troublespots. Its soundtrack and graphics fit the bill: pummelling, Wagnerian motifs knocking you back like Tequila slammers, bursts of brutal fast cuts. It feels a little sordid, as if the miseries of the world are mere fodder for some televisual equivalent of the thrills of extreme mountain biking.”
David Stubbs, The Guardian

”If you’ve got this on catch-up and plan to watch it as the perfect way to unwind after a hard day at the office tomorrow, I’ll give nothing away – but howling with wolves and quoting Shakespeare to Judi Dench were on the shortlist.”
Jeff Robson, The i