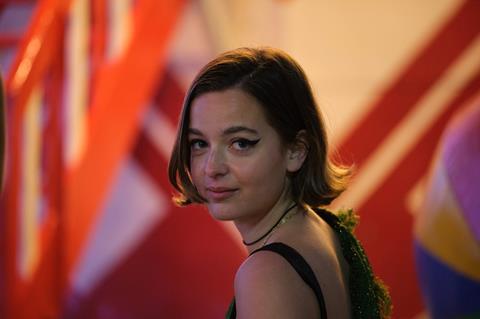 “Showtrial is the work of World Productions, makers of Line of Duty and Vigil. It shared with those series an attention-seizing premise, barrelling pace and a strong ensemble cast. Writer Ben Richards found refreshingly original angles on ye olde whodunit genre.”
Michael Hogan, The Telegraph

”Showtrial takes a familiar theme, the hunt for a missing woman, and twists it in unexpected ways. I’m in. This one looks good.”
Christopher Stevens, Daily Mail

“For a show that is so interested in entitlement, it does feel oddly entitled to viewers’ attention. Still, it knows what it is doing, and it is solid enough that I now need to know how it gets from A to B. As for whether it will be the show that grips the nation, the jury is still out.”
Rebecca Nicholson, The Guardian

“The narrative jumping around proved an unsettling beginning and while there is intrigue in the idea of how the path of justice might be diverted by power, class, wealth and media attention, Showtrial didn’t quite dig its heels in enough to be the gripping opener the premise deserved.”
Rachel Sigee, The i

“Doctor Who returned for Jodie Whittaker’s final series, and I hope you were concentrating because it was busier than a moth in a mitten. Some fans have complained that Doctor Who has been tired of late, suffering by comparison to Marvel TV shows. It seems they are throwing everything at this series, including the kitchen sink, to let Whittaker leave with a bang.”
Carol Midgley, The Times

“This sugar-crazed comeback was an improvement on the sci-fi franchise’s lacklustre recent efforts yet still suffered many of the same flaws: over-complicated plot, clunky moralising and a cast too big for its own good. We had half a dozen heroes and an intergalactic gallery of monsters when a couple of each would have sufficed.”
Michael Hogan, The Telegraph

“Doctor Who is returning to its classic roots with this series, subtitled Flux, telling a single story across six episodes. This made the first chapter in this serial heavily reliant on setting up several threads that will pay off in the future. As intriguing as much of it was, it made for a busy, disjointed opening.”
Stephen Kelly, The i

“Chris Chibnall has never seemed fully at ease with intergalactic fantasy. As the creator of Broadchurch, he is better with psychological plots, weaving criss-crossing storylines with multiple characters. By reviving the Doctor Who tradition of a single story spread across weeks, he is able to play to his strengths.”
Christopher Stevens, Daily Mail

“We’re clearly gearing up for an ambitious, complex series with interweaving timelines and it’s interesting to see writer Chris Chibnall play with form before bowing out alongside Whittaker. The problem is, this opening episode tries to do too much. Rather than gradually bringing in new characters, ’The Halloween Apocalypse’ introduces everyone all at once.”
Isobel Lewis, The Independent