Following the introduction of the EBU’s R128 standard seven years ago, loudness complaints have fallen dramatically. But that doesn’t mean there isn’t work still to be done. 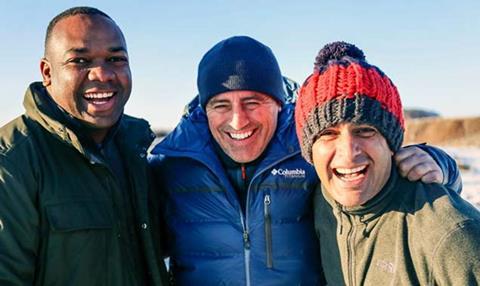 Very rarely is there an instant solution to any problem, audio or otherwise. Even with a concerted effort and general agreement, it can still take time to sort something out.

Which is why the optimistic claim of victory over loudness seven years ago has proved to be premature.

Things certainly didn’t change overnight, but the launch at IBC 2010 of EBU R128 as the European standard for dealing with a tricky, long-standing technological challenge has certainly resulted in more consistent broadcast sound and fewer complaints from viewers.

The key to the whole business has been understanding perceived volume. Although two or more audio signals or recordings can register the same level on a peak meter – either a PPM (peak programme meter) or a VU (volume unit) meter – one can still sound louder than the other.

This may be caused by a signal/recording having more compression, which reduces the dynamic range, or sounding ‘denser’ – due to dialogue, effects and music in TV and film productions; or, if music only, due to having many layers of instrumentation.

Loudness most obviously manifests itself in heavily compressed commercials or trailers and has prompted complaints from viewers for more than 50 years. Efforts to deal with the problem began in the 1950s, but it wasn’t until the 2000s that the first international loudness standard appeared.

After BT 1770 and 1771 were published in 2006-7, standardised meters were introduced by DK Technologies, Dolby, RTW and TC Electronic, among others.

The UK Advertising Standards Authority (ASA) used BT 1770 as the basis for its Broadcast Committee on Advertising Practice (BCAP) guidelines for mixing TV commercials, recommending the use of loudness meters. In 2007, the ASA received 308 complaints about 305 ads, upholding four. In 2009, there were 129 complaints against 122 ads, with 10 upheld.

R128 was based on 1770, but with more specific features aimed at European broadcasting, with a target of -23 LUFS (loudness units relative to full scale). It was created by the PLOUD working group under ORF sound engineer Florian Camerer.

Among the aims of Camerer and PLOUD was to free sound mixers from the constraints of hitting specific peak levels, giving them greater freedom to mix according to their ears rather than a meter.

Many engineers in the UK working on commercials, drama and long-form programming have seized this opportunity. “R128 has been a bit of a revelation for me in terms of mixing drama for TV,” says Simon Jones, owner and dubbing mixer at Soundworks in Cardiff.

“The headroom for more dynamics in a mix is great. It definitely allows for more mixing by ear, with the occasional half an eye on the meters.”

Among Jones’ mixes is Hinterland, the crime drama that has attracted attention for its sparse, evocative soundtrack. Jones uses the Nugen VisLM plug-in in Avid Pro Tools but also has a DK Technologies hardware meter.

“Mixing Hinterland to R128 was like being set free from the chains of PPM6,” he says. “The producers had big cinematic ambitions, with silence and peacefulness being used equally against more urgent sequences to great effect. It’s benefited greatly from the average dynamic measurements of R128.”

The audio department of Envy Post in London works on both factual broadcast productions and commercials. Senior dubbing mixer Andy Hodges, who mixes long-form programmes including Top Gear, says he has moved on from hardware meters such as the Dolby Broadcast LM100 and DP570.

“With R128, I use my ears more than I used to,” he says. “I’m glad, though, that I was raised on the meters of old. They have allowed me to learn and live by definitive values.” Hodges also believes “dialogue is key”.

For long-form factual productions, he says that all the sync sound and atmospheres surround the dialogue, then the music and effects and finally the voiceover are placed on top. “Then I finesse and review.”

Jones says that “when dialogue gets pinned to the right level in the mix, everything else folds around it. If you have your dialogue level right, it all falls into place and your LUFS readings will be near enough correct.”

Hodges’ colleague at Envy, senior sound designer Ian ‘Arge’ Hargest, specialises in commercials for TV and cinema. He also uses the WLM plug-in, although a Dolby media meter is employed for Dolby Cinema projects. “Most broadcasters have switched to R128,” he says.

“I tend to mix by ear first. Once you have enough experience with R128, you can bring the meters in towards the end of the mix and it should be pretty close to where you want to be.”

One difference between loudness mixing for drama and commercials, Arge says, is that the ad world looks for more dynamic range, with a peak or two to grab attention, rather than being loud all the way through.

“What is proving tricky is very short items, like three- or five-second stings,” he says. “There are even 10-second ads sometimes.”

A supplement was added to R128 in 2014 to redefine levels for short-term and momentary loudness. Originally, R128 set +3LU (loudness units), equivalent to -20 LUFS, as the maximum level for short-form programming. Camerer calls this a “first rough guideline”.

After the figures were deemed “too restrictive”, short-term loudness was revised to +5LU, with momentary kept at +8. Camerer says “the loudness revolution” has come a long way in a relatively short time but there is still work to be done.

“In many countries, loudness metering and normalisation is daily business that has fully replaced peak-based metering and production,” he says.

“The more broadcasters are using it, however, the more small anomalies pop up – details like normalisation of high-dynamic programmes, including feature films and classical music. These need special attention and, potentially, a different strategy.”

Some people have found a way to bend the rules to their advantage. “Commercials might be louder because production companies have understood the concept of a ‘loudness budget’,”

Camerer says. “This allows a dynamic ad to be crafted so certain signals can pop out. It’s not a violation but clever use of the paradigm.”

In general, the problem of loudness seems to have diminished, if not been completely solved. Figures from ASA show that since 2012, there has been a steady fall in complaints about commercials being too loud.

The ASA updated its guidelines in April 2016 to cover both R128 and the DPP’s delivery specs. Since then, there have been 38 complaints about 35 incidences.

Bill Brown, ITV head of media standards for technology and platforms, confirms the drop in complaints and says the key battleground in the loudness war was the junction between programmes and commercials.

“The introduction of R128 has addressed that issue,” he says. “Our whole output is now covered by R128, with the exception of legacy material. We’re still not doing any audio normalisation on that but in a lot of cases, it does tend to be on the quiet side rather than loud.”

Brown’s view that loudness has “almost disappeared as an issue” is echoed at the BBC, where principal technologist Simon Tuff says a look through the duty logs shows comments about variations in audio levels are down significantly over the past 12 to 18 months.

“We have introduced loudness working to all our commissioned programming, including trails and promos,” he says. “It’s not quite the same for news programmes, but operational practices in news mean we don’t think this is a problem.”

The application of R128 and 1770 have been successful in tackling an annoying problem. There are still discrepancies, however, between channels on the same platform, while streaming is, in the words of Camerer, “very hot currently”.

This is possibly because, as MC Patel, chief executive of file-based loudness specialist eMotion, observes, operators such as Amazon and Netflix are looking to replicate the big movie experience.

There is, Camerer concludes, still work to be done – and not just for TV. “Loudness in the cinema is a big issue and in radio progress is slow,” he says.

“It was clear to me that such a major change would need time. I’m actually surprised how far we are already.”