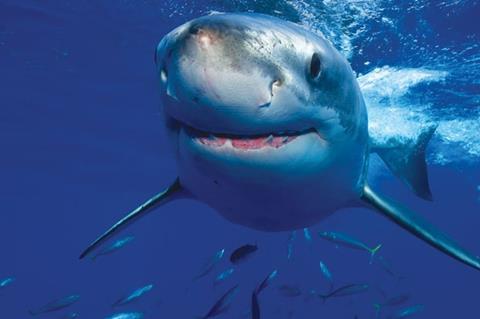 The Last Reef 3D explores the world’s threatened reefs, while Sharks (working title) goes in search of the Great White in Mexico, South Africa and Australasia. Both are being readied for early 2011.

“Everyone making IMAX movies is now thinking about the life of a project beyond that format, including 3D TV distribution,” said Steve McNicholas, co-director and coproducer of both projects with Yes/No’s Luke Cresswell.

“The cost of 3D TV doc productions is coming down all the time.”

Each 45-minute film is being shot at 4K on Red One cameras in a beam-splitter rig using unique underwater housing devised by cinematographer DJ Roller, founder of LA-based stereoscopic specialist Liquid Pictures.

The films are being processed at LA’s Lowry Digital and given a stereo 3D online on Quantel Pablo at FotoKem before final 70mm delivery.

The films are being offl ined on Final Cut Pro (FCP) with Cine-Form’s Neo3D and Dashwood’s Stereo 3D plug-in for FCP.

A reversion and re-cut will be required for each outlet.