Grading to emphasise the changing mood of the storyline 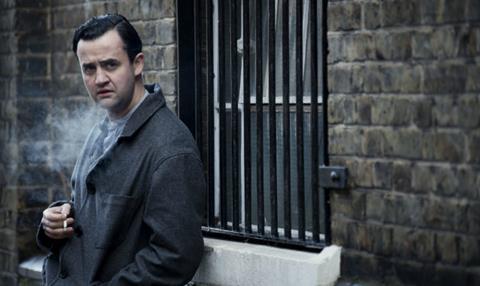 Brief Full post-production on the drama that headed up the BBC’s Gay Britannia season.

How it was done This biopic, set when homosexuality was a crime in Britain, is based on Peter Wildeblood’s bestselling novel. Encore colourist Will Coker graded it on a Nucoda, working with director Fergus O’Brien and DoP Johann Perry from pre-production onwards. “We started off with rich tones and a warm, inviting colour pallet but as the story progressed we reached a subtler, more sterile look to reflect the on-screen mood,” said Coker. Sound mixer Karl Mainzer created an authentic, 1950s-style soundtrack with a modern twist. Encore’s chief sound designer Joe Fletcher enhanced the natural sounds (from prison cells, courtrooms and other period settings) to create a “modern, punchy soundtrack”.

Watch it Now on iPlayer