Left Bank’s forthcoming Amazon Prime detective series Three Pines would be the product if “Breaking Bad and Midsomer Murders had a baby”, according to star and executive producer Alfred Molina.

Molina, who plays lead Inspector Armand Gamache in the series, added that the Canada-set drama draws from its UK roots, offering a character-driven procedural in the vein of Bentley Productions’ 25-year-old hit or an Agatha Christie adaptation.

“Shows like that have one simple thing in common: they allow the audience to get to know not just the lead characters but all the other characters in that world,” he said.

“There is a certain style to these British procedurals – they tend to be a little more [considered] and take their time. And we’ve stuck to that format, which gives the writers, the directors and the actors more time to develop the characters and stories.” 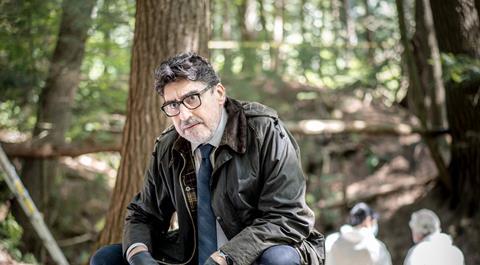 Molina, who was speaking to Broadcast at Sony Pictures’ LA Screenings event, added that detective stories are evergreen because they reflect “the spirit of the time”.

“They pick up on the zeitgeist: what are the existential anxieties bubbling under the surface?” he said.

“Detective shows are as old as TV itself but continue to work because they are almost infinitely capable of providing really interesting stories. They are essentially about what it’s like to be human.”

Adapted from the book series by Canadian writer Louise Penny, Three Pines is Sony-owned Left Bank’s debut Amazon series, and Molina revealed that a second series is in the works, though Amazon is yet to give it the greenlight.

“He’s the best part I’ve had in television, because of all his contradictions. He’s a man of taste, but I think he’s a bit of a snob”

The Spider-Man: No Way Home actor said Gamache is “very near the top” of his favourite roles and the move into TV was a happy “gear-change” to the freneticism of feature films.

“He’s the best part I’ve had in television, because of all his contradictions. He’s a man of taste, but I think he’s a bit of a snob.

“He seems to have infinite patience with people who aren’t quite doing exactly what he needs them to do, but also takes the time to point out where they’re going wrong.

“He will give a waiter a hard time if he didn’t bring the omelette as exactly how he likes it. It’s those contradictions which I love. I can hear myself saying, ‘I know you’re a genius, but just eat the fucking omelette’.”