Direct-to-consumer unit staffs up ahead of busy year 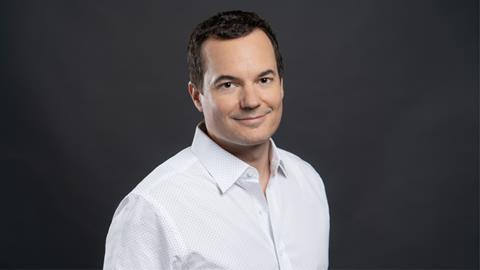 Discovery has appointed an AMC Networks digital exec as its new head of Eurosport Digital.

Paul Rehrig joins Eurosport’s direct-to-consumer (D2C) business unit as general manager, where he will oversee all aspects of the business, which is the exclusive home of the 2020 Tokyo Olympics in Europe.

In his new role, Rehrig will manage the development and implementation of strategies to enhance and grow Eurosport’s suite of digital direct-to-consumer products, including the Eurosport app, live sport streaming service Eurosport Player, and website Eurosport.com.

Prior to joining Discovery, he served as executive vice-president of digital and business development at AMC Networks, where he was responsible for growing revenue from digital partnerships and helping build the firm’s direct-to-consumer subscription business.

Based in London, Rehrig will report into Peter Faricy, Discovery’s chief executive of global direct-to-consumer. He will work closely with Andrew Georgiou, who joins Discovery later this year as president, Eurosport and global sports rights and sports marketing solutions.

“I have been hugely impressed by how Eurosport has become a digital pioneer and leader in sports under Discovery’s leadership,” said Rehrig. “There is a massive opportunity to enhance and expand Eurosport’s digital product experiences and innovate in myriad ways that more deeply engage fans and build audiences and subscribers across the region.”

Rehrig joins ahead of a crucial period for Eurosport, which already engages millions of sports followers through live and on-demand streaming, highlights, and news.

In 2020, Eurosport will deliver digital access to every minute of the Olympic Games in Tokyo across Europe (excluding Russia and France). Discovery/Eurosport will be an official broadcaster in the UK for the Olympics.

Additionally, Eurosport will offer more than 2,500 hours of live cycling across 200 days, action from every tennis Grand Slam in more than 33 markets and every major World Championship and World Cup event during the winter sports season throughout the year.