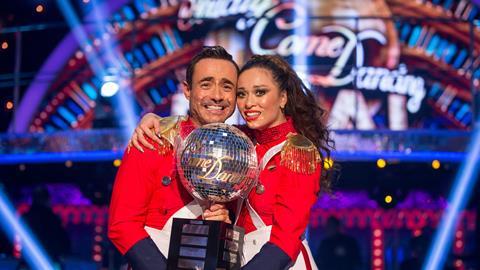 Newly-commercialised business turns a profit in its first year

BBC Studios’ newly-commercialised production arm has reported a profit margin of 1.7% in its first year of trading.

Over the year, the producer was responsible for more than 2,000 hours of TV and radio programming including the One Love Manchester concert, Strictly Come Dancing, EastEnders and Blue Planet II.

According to the first set of annual results for the business, which was subsumed into the subsequently rebranded BBC Worldwide in April, operating profits stood at £5.8m.

This figure takes into account the £79m paid over the 12-month period to BBCS’ 1600 staff, 750 of whom are based outside London.

In the strategic report accompanying the figures, rival producers and tendering were identified as the two significant challenges facing BBCS.

“We face an increasingly competitive marketplace, with large-scale consolidated players competing for talent and financing,” it stated. “The company also has a unique challenge in the form of contestability, with the revenue from long-running titles vulnerable.”

Activity to date, which includes retaining the right to produce A Question of Sport and Holby City, suggests BBCS is “well-placed” to respond to the latter threat, it said.

Linsey said he is looking forward to “consolidating and growing” the business.

“It’s testament to the hard work and dedication of our hugely talented programme-makers and business teams that we have turned a profit in our first year of operating as a commercial entity,” he said.