The BBC has opted not to renew its exclusive promo production contract with Red Bee Media. 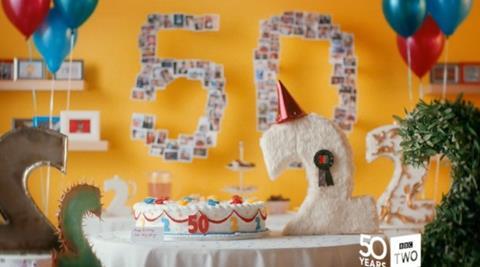 Red Bee, which was acquired by Ericsson in May, has a contract to supply multiplatform promotions to the BBC until the end of 2015.

Following the conclusion of the contract the BBC will take some work, including clip-based trails, in-house. It will also ask production companies to pitch for other projects.

The broadcaster said the new model would “balance in-house capability with a new, more open relationship with the market”.

“In a similar way we want to give all directors and production companies the opportunity to work with the BBC, and to establish a new partnership with the commercial production industry. We want to benefit from this wider pool of talent and the innovation and value that comes from such a competitive market – but we also want to play a key role in developing new talent.”

A spokeswoman for Ericsson added: “Ericsson welcomes competition from other suppliers as we feel this will only increase our ability to provide high-quality creative services.

“Naturally we value our relationship with the BBC and aim to continue to provide creative services to the BBC and other customers on a tender basis.”

In June 2012, Prime Focus signed a three-year on-site post services deal with Red Bee to support its creative services department. Ericsson declined to comment on whether the contract was likely to be renewed.

Red Bee’s recent work for the BBC includes a set of stings and idents to celebrate BBC2’s 50th anniversary, an on and off-air campaign for BBC1 to launch EastEnders’ ‘There’s A Killer Amongst Them’ storyline and a campaign showcasing original British drama.

Almond added: “Red Bee has been a fantastic partner to the BBC over the last eight years and I’d like to pay tribute to their creativity and commitment during that time and we look forward to continuing to work with Red Bee for the remainder of the contract and as we work through the nature of our future relationship.

“But the media landscape has changed fundamentally in that time, and as a result so has the way in which we need to market to our audiences. By bringing this team in house we will be able to work more closely with production teams, both in-house and indies.”

Elsewhere the BBC is to launch a review of its non-promo advertising roster, which currently includes contracted suppliers RKCR/Y&R, Karmarama and Red Bee, to compile a new preferred supplier list from April.