On this day five years ago, Chris Evans signed a three-year deal to lead a new line-up of Top Gear presenters.

Having consistently ruled himself out of the race to replace Jeremy Clarkson, BBC Radio 2 presenter Evans performed a U-turn - putting ink on a deal that was reportedly worth up to £3m.

Clarkson was sacked by the BBC in March 2015 for physically assaulting Top Gear producer Oisin Tymon. Fellow presenters Richard Hammond and James May also left the programme and were replaced by Friends star Matt LeBlanc. 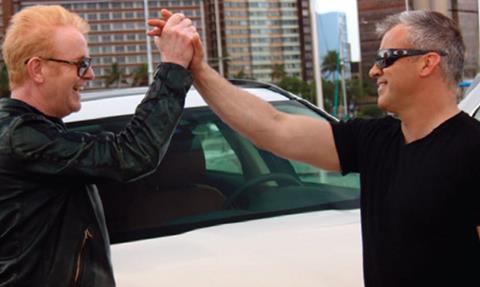 Evans described Top Gear as his favourite show of all time.

“Created by a host of brilliant minds who love cars and understand how to make the massively complicated come across as fun, devil-may-care and effortless,” he said.

“I promise I will do everything I possibly can to respect what has gone on before and take the show forward.”

However, Evans lasted just one series following poor ratings and reviews, stepping down in July 2016. He tweeted at the time: “Gave it my best shot but sometimes that’s not enough.”