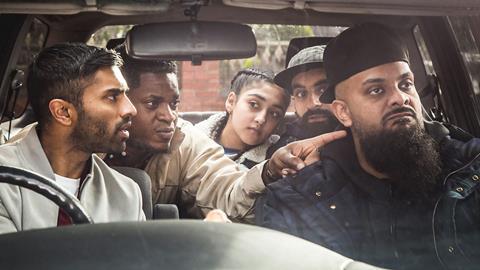 The third series of Man Like Mobeen was already a special one, with the production team welcoming eight working-class trainees from Birmingham onto the set. Fresh blood has appeared to boost the comedy to the next level, with Guz Khan’s show drawing higher viewing figures and more iPlayer requests, and the series peaking at 600,000 viewers.

The show has had particular success in attracting a new younger audience to BBC Three, rating above the average for under-35s on the digital channel.

Both on and off screen, the show champions original and diverse voices from the UK and offers a rare insight into working-class life as an ethnic minority. Set in Small Heath, Birmingham, Man Like Mobeen addresses issues such as food banks, religion and crime while also “delivering on humour”, according to one Broadcast judge.

There was no shortage of praise for Khan, who stars as lead man Mobeen, with one judge describing him “a total star” and another “a stellar talent”. Add into the mix that he helped convince the BBC, Endemol Shine and Film Birmingham to fund the training scheme, and this becomes a special series that embraces diversity in all forms.

Injecting new talent into the production has certainly done Man Like Mobeen no harm and perhaps this award will encourage similar schemes in the future.

This Country, BBC Studios for BBC3