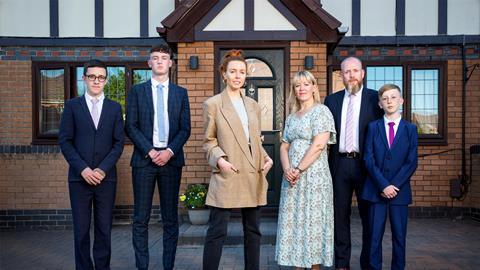 Firecracker’s shows have a prominent place across UKTV, BBC Scotland and E4

The Tinopolis-owned indie has been working hard over the past year to increase its digital presence and its shows now have a prominent place across UKTV, BBC Scotland and E4. Top female talent Willis and Dooley helm the two highest-rated programmes on UKTV-owned W, and Sleeps Over remains Dooley’s only non-BBC show. Firecracker also pulls in a young, upmarket audience to W with Emily Atack’s new series Adulting.

With offices in Glasgow and London, the indie has had four series commissioned by BBC Scotland. Rogue To Wrestler won Best Fact Ent/Features Programme at the RTS Scotland Awards and was also shortlisted for a Scottish Bafta.

Building on its debut series, E4’s The Sex Clinic has been a particularly strong show commercially, with the format already sold to Germany, the Netherlands and Denmark, and in development in the US.

With high-volume returnable series key to the success of any factual indie, Firecracker Films boasts 18 episodes of the double Broadcast Digital Award-winning Emma Willis: Delivering Babies (including spin-offs) and this has made it a hugely important part of its business. Following such a run of success, Firecracker is now being noticed by other digital channels and is currently in advanced development with projects for Sky, Viacom and Discovery.