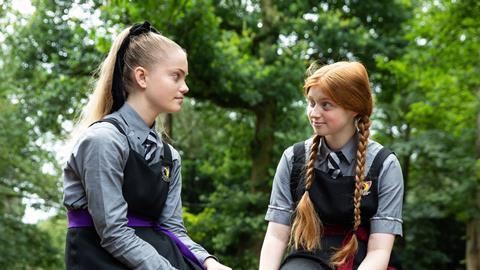 ‘A quality brand that stretches brilliantly across a range of platforms’

BBC Children’s In-house Productions in partnership with ZDF for CBBC, ZDF and Netflix

This international co-production between CBBC, German broadcaster ZDF and Netflix has already seen its director Dirk Campbell pick up a children’s Bafta for his work. Based on Jill Murphy’s well-known books about young witch Mildred Hubble, the fourth series received four nominations at the 2019 Children’s Bafta awards.

With its state-of-the art special effects, The Worst Witch currently ranks eighth of all new series on CBBC, with an average audience of 84,000 and a share of 21.2%. It has been requested nearly 4 million times on iPlayer and ranks third on the platform for CBBC content in 2020.

The judges were not only impressed with the 13-episode series, but also with the varied short-form content, and game, that went alongside it. After each TV episode, Zapchat social stories give an insight into the lives of the witches when they are not in class.

Published weekly to the CBBC website, Zapchat explores issues around social media, friendships and school life. To add an extra level of engagement, the characters answer selected questions from the audience. Another online strand, Maud’s Diary, makes use of emojis, filters, text and stickers to create a unique visual experience for the audience. One judge said The Worst Witch is a quality brand that stretches brilliantly across a range of platforms.