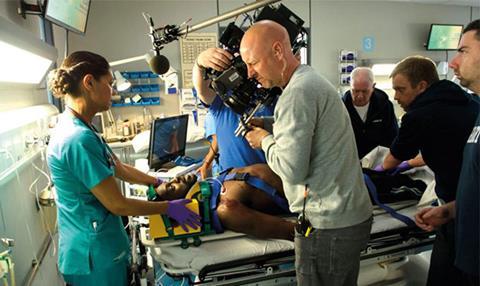 From Hitchcock’s Rope to the Oscar-winning film Birdman, notionally ‘single-shot’ dramas have traditionally involved some sleight of hand.

Filling the screen with the brown lid of a wooden chest, as Hitchcock did, or some nifty CGI masks the transition between shots.

TV has flirted with the idea, too. One notable recent attempt was Steve Pemberton and Reece Shearsmith’s Rope homage in their BBC2 comedy Psychoville. True Detective, with its bravura tracking shots, and The WestWing, with its famous ‘walk and talks’, have also included lengthy one-take scenes.

And next month, Casualty will celebrate its 30th anniversary with 48 minutes of continuous action. 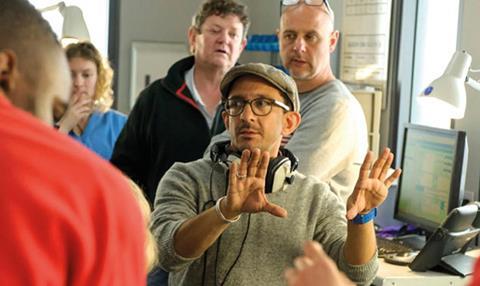 The whirlwind of the emergency room is an inspired place to imbue with the kinetic energy of a roaming camera.

Casualty’s high-stakes storylines, and those of US shows such as ER, have often conjured that feeling even with multiple edits, while Sky 1’s short-lived Critical barely looked away from the operating table.

But, as director Jon Sen recalls, this is a major step up. “The likes of Rope and Victoria largely follow one central protagonist, trying to get inside their heads. Here we were following two, plus all the regular cast.

“What surprised me was that when we began, everyone asked how we were going to ‘cheat’ it. Producer Erika Hossington was adamant that it would genuinely be one take – we had to sell that honestly.”

Sen has directed Casualty for a decade now, and written several episodes in recent years, but he is adamant that this is the biggest challenge he has faced.

As he recalls, series co-creator Paul Unwin saw an opportunity to use the anniversary to explore what he regards as its core: “the work and lives of medics and the inexorability and intensity of the ER”.

It was, Sen says, always conceived as a one-shot episode. “When I read Paul’s script, I thought it was thrilling, but I asked what its purpose was,” he says.

“When Paul said he wanted to capture the intense feeling of medics not being able to look away, I thought there was something very powerful about that. It’s a tribute to the NHS – ‘here’s what those doctors and nurses go through’.”

Sen describes the script as “amazingly ambitious”, telling three stories simultaneously. Needing to find punctuation in what he says was essentially “free verse”, he cut the script into 12 sections and set to work.

Given Casualty’s cohesive production team, many of whom have worked on the show for years, plus its stable roster of actors – and a few returners – Sen’s approach was to treat it as repertory theatre.

“The established cast and crew are like family,” he says. “Everyone knows each other and has a simpatico relationship. And it being the anniversary year, pretty much every member of the cast is in it, old and new.”

Sen was granted the “rare luxury” of an extra week of prep and half a week more shooting than a typical episode, blocking each sequence in a regimented, theatrical way. 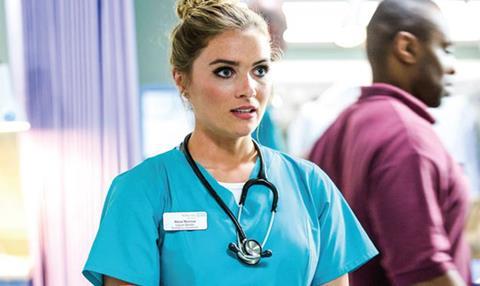 Week one - actors’ rehearsal, partly on set. The cast rehearse the script section by section then, at the end of the week, block it on set.

Week two - Camera and sound team come in and are blocked, methodically working through and framing each moment and starting to put sections together. The week culminates with the first full run-through.

Week three - Eight performances - two a day, Monday to Thursday. “There were a couple of false starts,” Sen recalls. “They got better, but like in a theatre play, the alchemy wasn’t always there.

“We announced the final one as the last shoot - everyone had the confidence to pull out all the stops with a real spring in their step. That’s the one we’ve used - though I had three final takes to choose from. It came down to the one that had the best rhythm.”

He was also adamant about taking viewers into new corners of the two-floor Casualty set.

“It was initially written for the ground floor, but you can be overly familiar with the admin and reception areas,” he says. “It would have been a shame not to see the rest of it.”

This set-up naturally provided some of the energy Sen was seeking. “One of our two camera operators was filming while walking backwards and then had to do a leap on wires from upper floor to lower,” he says.

Given the physical challenge of shooting a narrative that starts in an ambulance outside the hospital then follows medics and patient as they move inside, the first camera operator had to rest after 25 minutes, he adds.

From early rehearsals to the two performances a day of the final week, the production became more fluid over the three weeks.

“It became apparent in week two that the team had come together so quickly that we would be able to get them to do it not only correctly, but well,” he says. 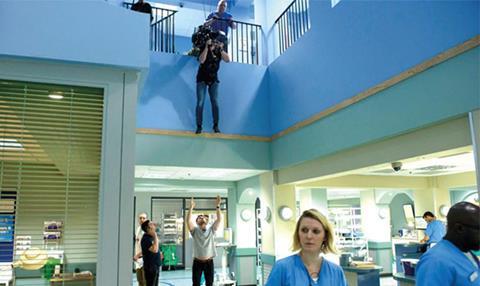 “It was amazing to be behind the camera, watching people running in with ramps and props with a beautiful choreography. There was a huge sense of theatre. It was very balletic.”

Blocking the cameras for a single take is one thing; getting the audio right is quite another. “Sound becomes more complicated,”

We could pick out whichever actor we wanted. But in a traditional shoot, when you cut, you automatically know who you should be listening to; it’s part of the grammar. That’s not the case on a continual shoot.”

Close-ups were used sparingly for a similar reason: getting in or out of them in one take risked a clunky or blurred move. For the OB unit, mounting footage from half a mile away, it was crucial to build into the workflow the ability to address any glitches in the edit.

“We could iron out what we wanted,” Sen says. “We shot mainly on Mini Alexa in 4K just in case we needed more stabilisation and to zoom in to eliminate booms. But on the take we used, there were no fluffs, no booms in shot. It was incredible.”

Looking back, Sen basks in “the relief of being able to achieve it and making a brilliant episode in its own right, rather than just a technical achievement”.

Throughout, it was drilled into the cast and crew that the shooting style must drive the story rather than be treated as a gimmick.

“I don’t want the audience to be aware that it is one shot,” he says. “I want them to be so immersed in the drama that they don’t notice it at first. If they’re conscious of it by the opening credits, then I’ve failed.”

REWRITING THE SCRIPT FOR HOSPITAL DRAMA 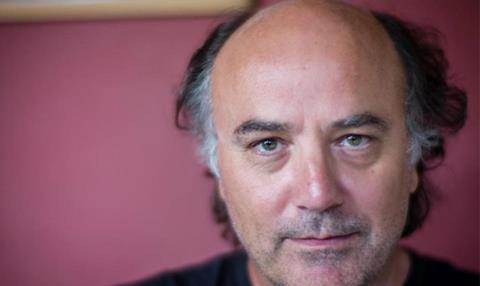 Casualty was devised to dramatise and celebrate the extraordinary work that my co-creator Jeremy Brock and I had witnessed in hospital. Some 30 years later, the pressures on the NHS and staff are greater than ever.

In 2015, I went back to the show to write and direct the opening two-parter of the thirtieth anniversary season.

Working with the cast, crew and the BBC more generally, I realised that we could and should attempt something I’d always dreamed of.

Jumping from moment to moment is the most basic tool of storytelling, but suppose we couldn’t? Suppose, like the inexorableness of life – and particularly medical crisis – we couldn’t cut away? Suppose we didCasualty as real time in one shot?

I phoned Casualty producer Erika Hossington and had barely finished the pitch when she commissioned it.

But I quickly ran into trouble when I realised how strong a story I needed to justify what I was doing. Depriving us of the familiar Casualty scenes – the cut from urgency in resus to a confession in a quiet room, for example – suddenly seemed nuts.

Frustrated, I wrote two scripts and quietly ditched them both as variously unfeeling, unbelievable or just not good enough. Gradually, I started to understand what I was trying to do.

Without cuts – in real time – the story became about how real life is inexorable. One mistake, or one piece of good fortune, is linked to the next.

Suddenly, by not being able to cut away, the writing became about how things lead from one to another, how events run out of control, and how we learn about things as they are happening. The final script surprised me.

What I didn’t know, and I don’t think any of us knew, was whether it was possible to film a full-length episode’s worth of continuous action (with only one cut for the titles).

My script moved from a disaster at a house to an ambulance, then into the emergency department and around the huge Casualty set. All the time I had to keep the characters talking, discovering and moving – from easy laughter to shock and tears.

I couldn’t direct the episode so when Jon Sen and Erika sent me the final edit – a whole episode, with no rough assembly and no rushes – I was petrified. It could have gone very wrong, but I’d heard that something remark able had happened in Cardiff.

Watching the extraordinary results, I realised that it was in some ways the sum of everything Casualty had always been about.

By not blinking, not cutting, the drama shows exactly what we first dreamed of when we devised the show: a realistic, dramatic, poignant homage to the people who are there when life goes wrong.