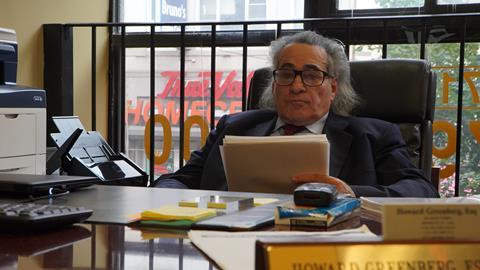 We embraced the chaos of our larger-than-life character, but working with a born performer has its challenges, says Barnaby Peel

Above a nondescript bank on a scruffy, bustling high street in downtown Brooklyn, New York, there is a large floor-to-ceiling window. 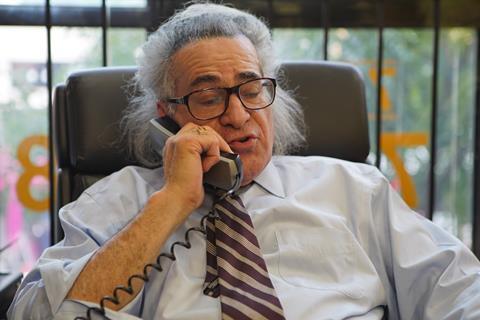 From the street, the Sky’s reflections make it difficult to see inside. But if you could, you’d see the silhouette of a lawyer in a slightly soiled suit with a wispy mane of receding white hair, reclining in a high-backed office chair, clutching a tattered pile of scraps of paper.

And if you could hear him, he’d probably be shouting something obscene.

Howard Greenberg isn’t a patient man. There is always someone ready to ruin his day - “yuppy douchebag cyclists”; “lying” cops and prosecutors; late-paying clients; “whining” employees; even his wife of 17 years, who, he says, is “constantly twisting my balls”.

From February to August this year, he also had to cope with us, “the Brits” (a two-person documentary team).

It’s unprecedented for a criminal defence lawyer to grant such access to their secretive world. Perhaps only a maverick like Howard would be bold enough to be so open.

Howard is not your average criminal defence lawyer and a series set in his New York law office was never going to be your average documentary about criminal justice in America.

Our aim was to make an observational series that borrowed from the style of a US sitcom while revealing the moral complexities and harsh realities of Howard’s line of work. We felt this unique character could give us an engaging view of the system from an unusual perspective on the other side (the ‘dark side’, as Howard styles it).

It’s unprecedented for a criminal defence lawyer to grant such access to their secretive world. The risk of breaching confidentiality and client-attorney privilege are far too off-putting. Perhaps only a maverick like Howard would be bold enough to be so open. When he said that he was in 100%, he meant it.

My tricks of the trade - Barnaby Peel 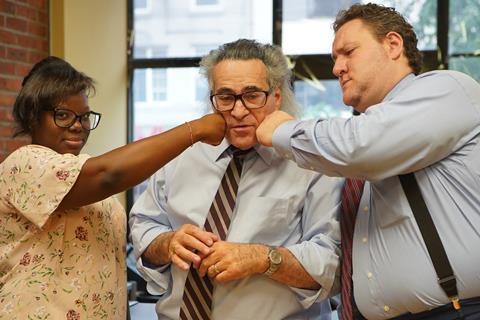 Howard’s world, we discovered, is one that defies shoot planning. Court dates – especially, it seemed to us, those that were crucial to us finishing off our storylines – were repeatedly adjourned at the last minute because a judge or prosecutor was unavailable. New clients constantly walked into the tiny office unannounced; many was the time they’d sit, bemused, as we filmed the tail-end of a meeting between Howard and one of his existing defendants. It became obvious why Howard lives his life almost entirely in the moment and we had to learn to do the same.

Howard would usually be doing three different things at once; four, if you counted his constantly ringing mobile phone, which never went unanswered. It made shooting sequences that made sense very difficult but from the start, we were clear that we didn’t want him to change.

This chaos was Howard’s natural state and to capture it, we had to learn to work with it. You never knew what the next jaw-dropping phone call or walk-in client meeting would reveal.

“The truth is whatever I say it is”

Within the first hours of filming, Howard had taken a call from a suicidal extortion victim who he talked down with expletive-laden moral reasoning on why suicide was a bad idea, just after a visit from the father of a repeat client facing a gun charge, whom Howard placated by invoking the catchphrase of a deceased evangelist.

Some of our best material came from this spontaneity. It was fascinating but terrifying too, especially as we’d agreed with the BBC that we’d set out to make the series without commentary.

“The truth is whatever I say it is,” Howard told us. He assured us that all his clients were innocent.

The tone of the series was a constant balancing act in the edit. We worked hard to keep the humour and irreverence without it jarring with the legal cases.

From the start we knew that the series would require a healthy dose of scepticism and we found it in Howard’s no-nonsense wife Marie. It was quickly clear that this former court stenographer would become a central character, helping us to hold her complicated husband to account. 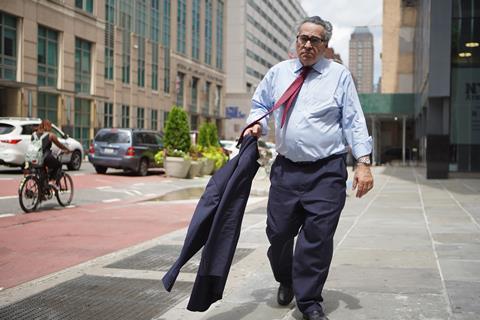 Howard’s home life is often as bizarre as his business one and we always intended to ensure this would form a central element of the series.

Another character who we always felt defined what we wanted the series to become was Arlene, a septuagenarian toy store owner (and part-time storm chaser) whose relationship with Howard holds a key to understanding his complicated past.

One minute, we were filming a man change his trousers in the street; the next, we’re shooting him in court defending a man accused of a truly horrifying murder. The tone of the series was a constant balancing act in the edit. We worked hard to keep the humour and irreverence without it jarring with legal cases of people accused of some very unpleasant crimes.

Howard’s larger than life character might seem made for television, but working with a born performer can be a challenge too. There was always a danger of him putting on a show. We worked hard to ensure we were filming his relationship with us, the programme makers, not with the camera.

Viewers might find it hard to believe, but the Howard you see in the series is the same Howard you see when the camera is turned off. One thing is undeniably true: none of us have ever met anyone quite like him.

Once Plum’s head of development for documentaries and factual Emma Goddard landed access to Howard, the next big job was keeping the faith.

Howard is a great believer in fate and we had to keep him onside during the months between filming the taster and landing the commission.

But once filming got underway, it became obvious the access negotiation had only just started. Although Howard was ‘all in’, navigating the court system in New York and New Jersey proved to be a daily challenge. And then there were Howard’s clients…

We’d been advised that we’d never get to film inside a New York courtroom. The rules were murky and disjointed, combining 60-year-old civil rights law with new guidelines that not everyone seemed to be aware of. But even though we didn’t always gain access, the success rate was surprisingly high.

Every judge knew him; most loved him, but some didn’t. Factoring in Howard’s relationship with the individual court proved key.

Being British helped. Some judges would want to talk about the project and ask why we’d come all this way to film with Howard Greenberg.

That British courts never let in TV cameras played to the American sense of First Amendment openness, but also allowed us to highlight the genuine privilege we felt in being allowed inside a courtroom. 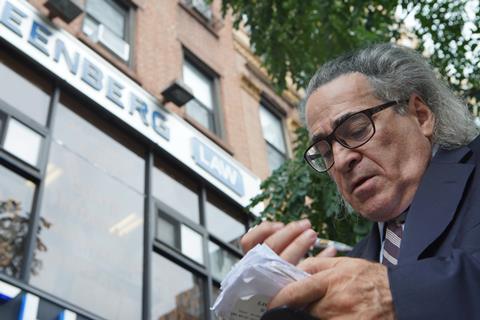 Each judge made their own decisions on granting media access on each individual case and after 30 years, Howard was well-known on the New York criminal circuit. Every judge knew him; most loved him, but some didn’t. Factoring in Howard’s relationship with the individual court proved key.

When one Manhattan Supreme Court judge turned down our request, Howard asked me who was presiding. “Ah, no wonder,” he said. “That guy hates my fucking guts!”

Securing access to Howard’s clients, especially those who were going through life-changing experiences, was the flipside of the daily access challenges. Why would anyone accused of a crime, facing the prospect of years in prison, talk to a documentary crew about their experiences?

The answer to this probably lies in one of Howard’s mantras: the presumption of innocence is a myth.

We were meeting frustrated people who felt they were being screwed by the system. Their motivation in coming to Howard’s door for similar to ours: they were looking for a maverick, someone unafraid of ruffling feathers who would stand up for them against the system.