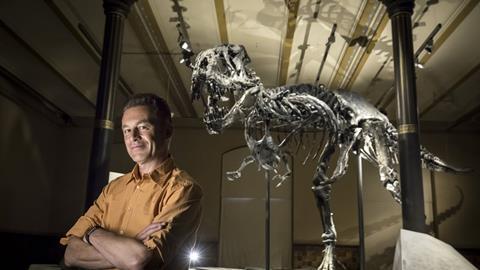 Using the latest scientific research, we built the most accurate CGI model of the dinosaur ever and fulfilled a childhood dream, says Ruth Roberts

Who doesn’t love a dinosaur story? Few animals on Earth, past or present, spark the imagination like the Tyrannosaurus rex.

It is a creature so familiar, immortalised in films from One Million Years BC to Toy Story, that you’d think there was nothing new for a primetime science documentary to say. 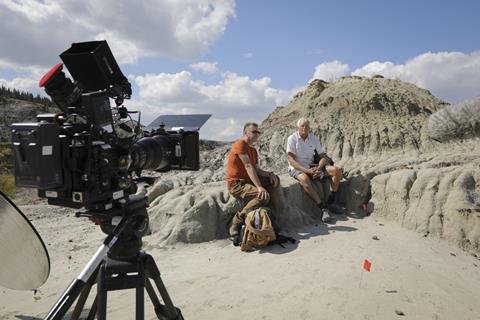 But when Chris Packham seeded the idea that “they made it all up” to a bunch of a science and natural-history film-makers, a remarkable journey into the Cretaceous was bound to follow.

My Tyrannosaur, as the project was then known, was Chris’s dream to build the most accurate model of a T.rex ever. It was hatched over a coffee with exec producer and Talesmith founder Martin Williams a few years earlier.

Sold by Chris’s personal journey to discover the truth about something that had been a childhood obsession, combined with revelatory science, natural history and ambitious CGI, the BBC was the first to sign up.

CBC, Cineflix and France-Televisions soon followed. For the next eight months, we travelled North America, challenged the CG animators, and left no stone unturned.

We opened the treasure trove of research and interrogated the good and bad science, simultaneously tackling the creative process of innovative scripting and storytelling.

Narratively, we wanted to have fun with the story, to add humour and magic for a Christmas audience, while treating T.rex always with scientific respect.

The questions piled up. How could we take it a step beyond ‘fun CGI with a natural-history sequence’? How could we capture the work of these great palaeontologists embracing new disciplines to turn back time? And how could CGI fuel our journey forward? 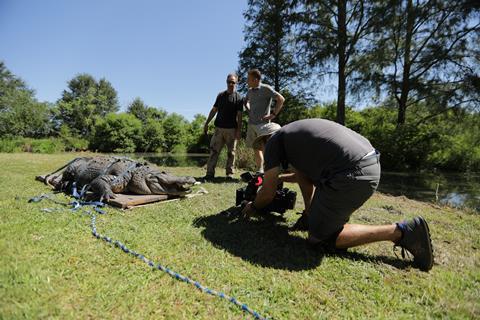 After all, this was a classic detective narrative, rebuilding T.rex from the bones up, with every twist and turn reshaping what was accepted as the norm – from its colour to its feathers, its inability to roar, and the juvenile being unrecognised as the same species until just last year.

We needed scientific consultants to help redesign the T.rex and back up what will only ever be educated speculation about a creature that has been extinct for 66 million years.

Professor Dave Hone, who literally wrote the book on T.rex, redesigned ‘Rexy’, egged on by Chris and other experts. Our model was rigged from a skeleton based on lidar scans of an actual specimen.

The colour, skin, scarring, bristles, teeth, even the tongue and the way the tail swipes, all had to be signed off by Professor Hone.

Ruth Roberts - My tricks of the trade

The story meant everything to Chris. It was a real childhood dream come true, and he moved mountains to be involved in the process. The day after filming a major live event for National Geographic, he flew across the continent to meet our crew at a T.rex dig in Montana.

Chris was a pleasure to work with – he understands narrative, what it is to be a film-maker, and what is needed from those on screen.

The locations were mainly in the US and Canada, the home of T.rex. This investigative approach required a fast turnaround of sequences and cinematic visuals, which meant balancing shoot days with a great deal of travel.

Of course, there were challenges: visas that didn’t come through, thunderstorms that filled the spectacular tyrannosaur trackway with silt, vultures in a grump, a lack of female palaeontologists in our specific field, and emus that refused to run.

As I write this in the glow of concluding the final mix in Montreal, my most sincere message to all producers is simple: avoid infrasonic animals.

The most realistic T.rex ‘roar’, a low-frequency ‘boom’, sounds remarkable in the 5.1 booth, but it’s a tougher ask on the lightweight laptop that some of the audiences will watch it on.

It’s the kind of challenge I’ve not faced since contemplating the sound design for the soundless vacuum of space in Channel 4/Discovery’s Stephen Hawking’s Universe in 2010.

For Chris, the journey has proved every bit as complex and surprising as he had hoped. For Talesmith, T.rex has metaphorically torn down the electric fence and allowed more specialist factual commissions in. We have moved to a larger office, we are growing by the day, and 2018 is looming large. 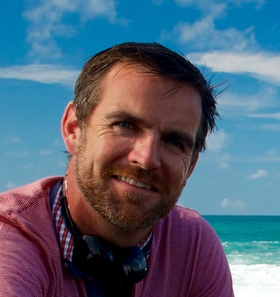 We were promising Hollywood-style CGI on a TV budget – and a T.rex that would be more authentic than any Hollywood has ever produced.

How on Earth were we going to pull that off? With the world’s best scientists, reams of data and The Workshop, a VFX outfit based in Montreal.

After a recce to Berlin, the production team decided that Tristan, the incredibly complete T.rex in the city’s natural-history museum, was the one we wanted to bring back to life.

The plan was to resurrect it, layer by layer, frombones to muscles, to skin and feathers until it finally stepped off its plinth.

Our first step was to track the back plates to match a scanned T.rex data set. 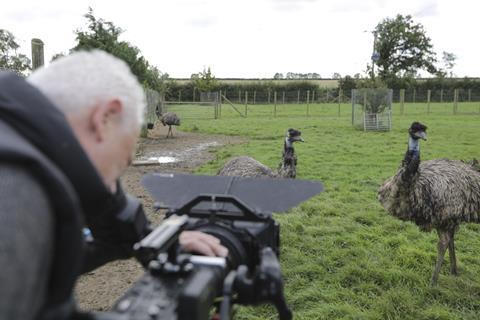 This gave us the perfect foundation upon which to layer in the muscles, each one painstakingly matched to tiny indentations on the fossils that showed where the animal’s tendons and muscles had been attached.

Next came the skin and feathers. Using reptilian references, we were able to give our CGI model texture. By analysing the distribution of pigment cells within therapod fossils, we knew that T.rex was probably patterned like a modern bird of prey.

The final thing was its walk cycle. We based its movements on gait algorithms built by scientists who’d studied trackways in Texas and the locomotion of ostriches; and from data provided by a team in Chile that had studied how chickens walk when you add a makeshift ‘tail’.

The finishing touch was the T.rex’s call. CT studies of its inner ear provided surprising results. It seems T. rex communicated with a deep, infrasonic call – this was an animal that didn’t roar, but rather rumbled and grumbled its way through the Cretaceous.