BBC3 triumphs as Channel of the Year 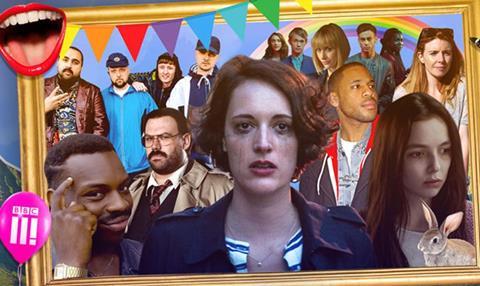 BBC3 has been named Channel of the Year at the Broadcast Digital Awards, 18 months after it became an online-only service.

The channel, led by Damian Kavanagh, proved those who predicted its post-linear decline wrong by snatching the accolade away from last year’s winner E4.

However, the Channel 4 youth-skewing channel was judged Best Entertainment Channel.

BBC3 came out on top from a shortlist that also included BBC4, CBBC, Dave, E4 and Sky Atlantic. It triumphed thanks to a slate that featured scripted shows Thirteen, Murdered By My Father and Fleabag, supported by a series of innovative shorts such as Things Not To Say…, Unsolved and Drugs Map Of Britain.

It saw off competition from BBC experiences including Home: VR Spacewalk and Easter Rising: Voice Of A Rebel, as well as the Science Museum’s Space Descent With Tim Peake, Sky’s Giselle and The Guardian’s 6 x 9: A VR Experience Of Solitary Confinement.

Overall, the BBC picked up six gongs – the most of any broadcaster – including Best Factual Channel for BBC4 and Best Digital Children’s Content for CBBC’s Secret Life Of Boys.

Another two-time winner was E4’s Retort-produced comedy Chewing Gum, which was named Best Scripted Programme for the second year in a row.

Best App or Website for a Strand, Channel or Genre
Channel 4 Rio 2016 Paralympics

Channel of the Year
BBC Three