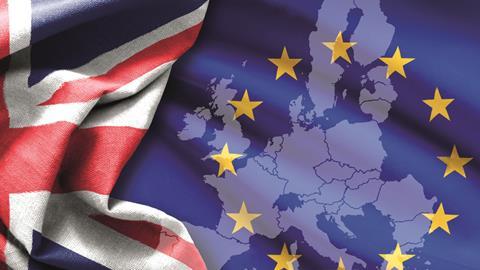 Are you ready for Brexit?

As MPs continue to argue over the UK’s departure from the EU, Sargent-Disc examines the impact on producers of exiting with or without a deal

A key element to maintaining a thriving creative industry is continued access to talent and skills, and for decades, the free movement of people has been a part of this. While the UK remains a member of the EU, there will be no changes for UK or EU nationals living and working between the member nations.

If Brexit happens, there will be changes in how this works and it is important for productions to plan ahead. In September, the government announced that all EU nationals entering Britain between the date of Brexit and the end of 2020 would be granted a three-year right to remain.

This allows them to remain in the UK until they have reached the required five years, when they will be eligible to apply for settled status. The deadline for applications for both is December 2020 in event of a no-deal exit, or 30 June 2021 if a deal is negotiated.

The government is planning a new immigration bill that will make EU citizens (apart from those from the Republic of Ireland) subject to the same UK immigration controls as non-EU citizens, as the country moves to a fully points-based system similar to that used in Australia.

Irrespective of whether there is a deal or not, there will be administrative changes to how productions organise the movement of UK crew and talent into the EU, EEA (European Economic Area) and Switzerland, and to social security payments.

UK employees working in countries that have a UK-issued A1/E101 form will continue to pay UK national insurance contributions up until the date of Brexit.

THE SUPPORT YOU NEED

Sargent-Disc’s international services and tools are designed to take the drama out of production. Founded in 1986, Sargent-Disc is the UK entertainment industry’s award-winning, leading supplier of integrated payroll, residual, accounting and software services.

It brings together products and services from Sargent-Disc, its partners and affiliate Entertainment Partners. Together they provide a global network for productions anywhere in the world.

For employees with a form-end date after Brexit (apart from Ireland), those in charge of productions will need to check with local authorities whether their employees need to pay social security contributions to them from that date. The European Commission website helps to identify the relevant country authority to contact for further information.

Productions planning to use UK crew and talent in any EU member country post-Brexit will probably be required to apply for team visas. This is likely to be a very similar process to the current system for filming in non-EU countries. Additionally, crew will need international driving licences to drive in the EU, EEA and Switzerland post-Brexit.

After the UK’s exit from the EU, the Common Travel Area (CTA) between Ireland and the UK will continue unchanged. This provides for a variety of rights and privileges for citizens of both countries – including the right to live, travel, work and study within the CTA – and effectively provides freedom of movement between the two.

The CTA is recognised under the Treaty of Amsterdam and is not dependant on the continuing EU membership of both countries.

Sargent-Disc supports producers to plan for the future by providing services and tools to help the production office, by sharing current industry thinking and HM Government policy. Please do not hesitate to contact us for further information.