From Tinker Tailor Soldier Spy and Dallas to 24 and True Detective, the late broadcaster and critic’s finest hours 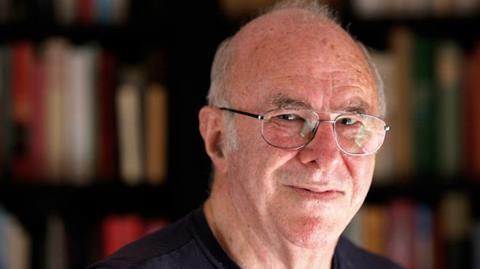 24
“I gave up early, having guessed – correctly, as it turned out – that it had been designed to impress Dick Cheney’s wife.”

The Trip
“Students of [Rob Brydon and Steve Coogan] will go on arguing into eternity about the metaphysical aspects of their deadly contest, while the extra at one of the spare tables goes on pondering the consequences of honking her fruit parfait all over the cameraman.”

Formula 1
“Even in moments of tranquillity, Murray Walker sounds like a man whose trousers are on fire… safe in the commentary box, he sounds like a blindfolded man riding a unicycle on the rim of the pit of doom.”

Top of the Lake
“Like Twin Peaks without the Log Lady… Elisabeth Moss’s glowing presence merely emphasized the pallor of the enterprise in all other respects, despite a very good-looking lake.”

Game of Thrones
“Jon Snow is no more expressive than the zombies… We, too, would be facially immobile at the prospect of forever defending a prop all against an infinitude of implacable digital effects with no let-up in the lack of interest. Imagine being trapped in a remake of Assault on Precinct 13 with the set redressed as Ice Station Zebra. Or you could just stop watching.”

Tinker Tailor Soldier Spy
“The first instalment fully lived up to the standard set by the original novel. Though not quite as incomprehensible, it was equally turgid.”

Borgen
“Seems designed to get you running to the airport for a standby flight to whichever of those double-glazed countries has the greatest number of female politicians… It all sounds vaguely as if Aaron Sorkin had dictated it into a tape recorder while imitating a drunken German officer with a speech impediment.”

True Detective
“A kind of reverse version of Butch and Sundance in which each seems bent on lowering further the spirits already lowered by the other.”

Breaking Bad
“I found [Walter White] hard to sympathize with even when he was reduced to his underpants, and I speak as someone who has done unspeakable things to stay in business: I once voluntarily interviewed the Spice Girls.”

Mad Men
“{It’s] a marketing campaign: what it sells is a sense of superiority, and it sells it brilliantly. Personally I can’t get enough of it. But then, I could never get enough of Rothman’s King Size filters in the brand-new flip-top box.”

Fawlty Towers … and critics
“The repeat run of Fawlty Towers drew bigger audiences than ever and deservedly so. Statistical surveys reveal that only the television critic of the Spectator is incapable of seeing the joke, which is that Basil Fawlty has the wrong temperament to be a hotel proprietor, just as some other people have the wrong temperament to be television critics.”

Television itself
“Anyone afraid of what he thinks television does to the world is probably just afraid of the world.”