Broadcaster and critic dies having suffered from leukemia for a decade

“Mad Men is a marketing campaign: what it sells is a sense of superiority, and it sells it brilliantly. Personally I can’t get enough of it. But then, I could never get enough of Rothman’s King Size filters in the brand-new flip-top box.”
Clive James 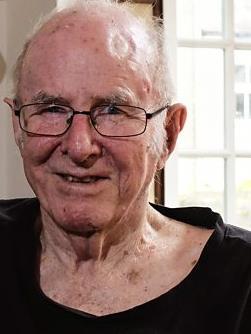 Broadcaster, producer, writer and esteemed TV critic Clive James has died at the age of 80.

Australian-born James, who was diagnosed with leukemia and Chronic Obstructive Pulmonary Disease almost a decade ago, came to prominence in the UK as a critic, notably with a 10-year stint at The Observer that began in 1972.

A familiar face and voice on TV and radio for the past four decades, James made his name in TV with ITV’s 1980s series Saturday Night Clive.

The studio show, in which he presented his wry take on commercials and television from around the world, including the notorious Japanese game show Endurance, ran for three series before the format was taken up by Keith Floyd and then Chris Tarrant.

He continued in a similar spirit with BBC1’s Saturday Night Clive and then returned to ITV’s Clive James Show, produced by his own indie Watchmaker Productions.

James has also been credited for paving the way for modern TV travelogues, influencing the likes of Michael Palin and Joanna Lumley in Clive James In… and Clive James’ Postcard From…, which aired at various times over the BBC and ITV.

He won particular acclaim for 1993’s Fame in the 20th Century, an eight-part dissection of celebrity co-produced by the BBC with PBS and Australia’s ABC.

In his later years, James was a Telegraph critic and in 2016 wrote a book of criticism Play All, in which he wrote about binge-watching ‘premium TV’ series such as Game of Thrones during his convalescence.

His last TV appearance was in an interview with Mary Beard on BBC2’s Front Row last year.

James passed on Sunday and a private funeral was held today.

In a statement, his agency, United Agents, said he had continued writing until last month.

“He endured his ever-multiplying illnesses with patience and good humour, knowing until the last moment that he had experienced more than his fair share of this ‘great, good world’, they stated.