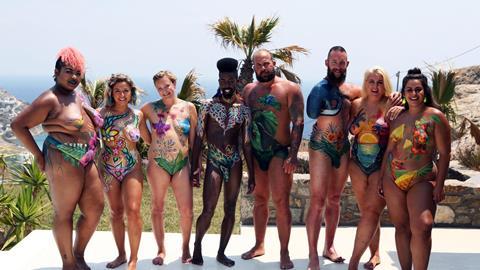 It was a miserable January day and also the first day of our new company Barefaced TV when we came up with the idea of making a show about body image, featuring real bodies on a hot, sunny beach.

The public outrage over those ‘Beach Body Ready’ adverts a year earlier demonstrated that women (and men) had finally had enough of being criticised for their appearance.

The body positivity movement that followed marked a revolution in the way we feel about our bodies and this uncompromising attitude felt like rich territory for an emotional makeover series.

As mums of young children, Lucy and I also had a vested interest in body image. The UK statistics are alarming. A third of us admit to being unhappy with the way we look and girls as young as seven say they feel judged on their appearance.

With low body image closely linked to anxiety, depression and poor mental health – and with social media piling on even more pressure – experts are warning that we’re heading towards a body image crisis. 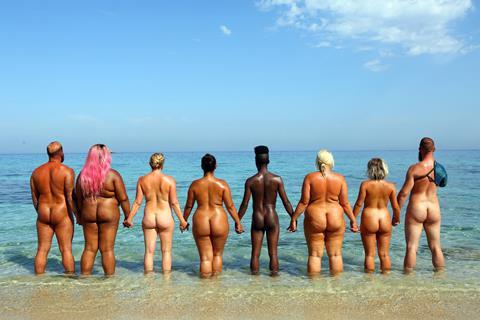 We knew we wanted to do something. We just needed an angle. Enter Dr Keon West, social psychologist at Goldsmiths University of London. He had recently done a study measuring people’s body image before and after spending time around naked people.

He showed that just by seeing normal, naked bodies in the flesh, rather than the picture-perfect ones we’re used to seeing, it dramatically improved people’s body image. This felt like a counter-intuitive premise and something we could work into a bold, transformational format.

We wondered if this approach could work on people with low body image: if they spent time around real, naked bodies, could they feel so body confident they would strip off completely?

Lucy and I had first met ten years earlier, making makeover series Snog, Marry, Avoid? for BBC3, where we’d stripped people of their fake tan and make-up and told them to cover up at bit. Now we wanted to strip people of their insecurities and ask them to take off all their clothes.

“After a year of development, three taster tapes, countless format documents and an awkward moment with a naked male model asking us if he should shave his pubic hair before being body painted, we finally got commissioned”

With Snog, Marry, Avoid? we had coined the phrase ‘makeunder’, but perhaps this was the ultimate makeunder: transforming people’s body image from the inside and stripping them back to be completely naked. It weirdly felt like we were coming full circle.

We pitched the idea to C4 and started to talk about it as an 8pm proposition. Nudity at 8pm was edgy but had indisputable purpose. This was about bodies, not genitals.

Body image and mental health charities also backed the idea that we would feature naked bodies pre-watershed to promote discussion within families about body image and expose teenagers to bodies of all shapes and sizes rather than #bodygoals.

After a year of development, three taster tapes, countless format documents and an awkward moment with a naked male model asking us if he should shave his pubic hair before being body painted, we finally got commissioned to make Naked Beach, the first series from our new company.

Four months later and we were in Mykonos with a bunch of body-painted ‘hosts’ who loved their bodies and body-conscious ‘guests’ who hated theirs, with the aim to improve the guests’ body image enough to get them to strip off completely at the end of the week.

As with all new formats, it was a bit trial and error and we had all the usual foreign shoot issues, plus a few disasters that were unique to us: emergency thong purchasing, blue vaginas from the body paint and one day a car spontaneously blew up.

But the extraordinary thing was that it worked. People were genuinely transformed and had the ultimate makeover (sorry, makeunder) without changing anything about their appearance. 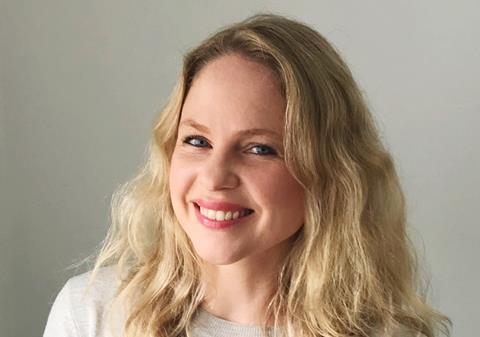 Nine months on from filming, our brave contributors have remained body confident, their years of hang ups gone in four days. We had tears and euphoria in every episode. Even the crew cried (and took their clothes off but that’s another story…)

Dr Keon says that the principles of his study should work on viewers too – so just by watching the show and seeing what normal, naked bodies actually look like, people will feel better about their own body image. Now if that’s not an excuse to tune in, what is?