Eurosport and discovery+ to air all 886 Roland Garros matches

Men’s and women’s singles, doubles, wheelchair, and qualifying events will all be shown by Warner Bros. Discovery 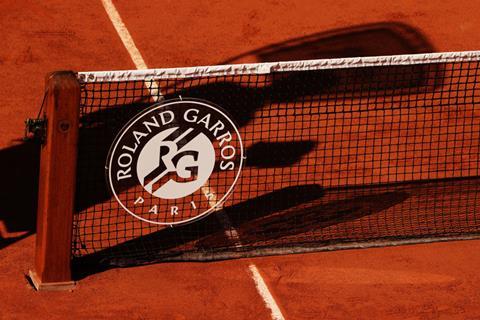 Warner Bros. Discovery has revealed its broadcast plans for Roland Garros, beginning with the qualifying tournaments from 16 May.

The broadcaster will show all men’s and women’s singles, doubles, wheelchair, and qualifying events for the tournament, meaning that 886 matches in total will be shown on the Eurosport app, Eurosport, and discovery+.

A host of tennis experts will offer their insights throughout the tournament, including former top 10 players Barbara Schett and Tim Henman. Schett and Henman will be based at the extended reality Cube studio in London, with seven-time Grand Slam champion Mats Wilander – on the 40th anniversary of his first French Open title – on-the-ground at Roland-Garros where he will be joined by John McEnroe and two-time French Open finalist Alex Corretja.

Local experts will also be on hand in different territories. Former world number 25 Mischa Zverev will link up with Barbara Rittner for viewers watching on Eurosport in Germany throughout the tournament and the post-day wrap-up show Matchball. As well as offering his own insights to Warner Bros. Discovery Sports’ international coverage of Roland-Garros, Alex Corretja will also contribute to Eurosport’s live coverage in Spain as well as its daily flagship show Pasando Bolas. Elsewhere, Grand Slam finalist Roberta Vinci will be a part of discovery+’s coverage in Italy with former world number four Jonas Bjorkman assuming a similar role for audiences watching on Warner Bros. Discovery Sports platforms in Sweden.

Alize Lim, who made her on-screen debut for Warner Bros. Discovery Sports during the Australian Open, will be on-site in Paris to give fans a local flavour of the atmosphere in and around the city and the grounds of Roland-Garros. Lim will front a daily show ahead of each morning’s play from 10:30am CEST to preview the day’s play.

In addition, rising Norwegian star Casper Ruud will give fans an exclusive insight into his world during the tournament, in a new episode of Ruud Talk – to be published on Eurosport’s digital platforms - as he bids to reach the second week of Roland-Garros for the very first time. There will also be ’bite-size’ formats including My Social Network, Entourage, New Kids on the Block and My Playlist, that aim to allow fans to get closer to the players.

Scott Young, SVP content and production at Warner Bros. Discovery Sports Europe, said: “Roland-Garros is not only the pinnacle of the clay court season but the perhaps the crème de la crème of Eurosport’s tennis coverage given it’s founded on a relationship stretching back more than 30 years and has provided some of the most iconic moments in the sport’s history.

“For 2022, our team of Grand Slam champions and most insightful experts will help to bring the stories from the courts to life. Whether live from Roland-Garros in Paris or our award-winning Cube studio, one of the greatest storytelling tools and innovations in the industry, our incredible on-screen line-up will bring fans even deeper analysis and help them better understand the reasons why each match was won or lost. With every match available to stream live and on-demand coupled with the best local content and daily shows, we know this year will be a special tournament for fans across Europe.”