However, it is still interested in collaborating with the channel. 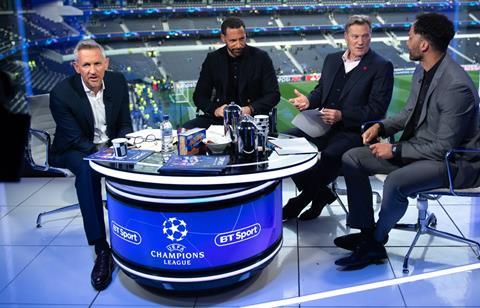 BT has been looking for an investor in its media arm since April, having revealed to the London Stock Exchange that it is negotiating with several interested parties.

ITV had been listed among those interested, reportedly along with the likes of Amazon Prime Video, Disney, and DAZN. However, McCall confirmed on Wednesday that the free-to-air broadcaster is not pursuing the idea.

She said in a media call: “We have a good relationship with BT and BT Sport in particular, and we do constantly talk to them about how we might collaborate and cooperate. Those discussions are ongoing.

“We’ve been very focused on our balance sheet, we’re really very robust. We still see uncertainty ahead [amid the pandemic], it’s not the kind of acquisition we would do.”

McCall also commented on the future of Channel 4, which the government has been looking into selling. Broadcast has launched the Not 4 Sale campaign against the plan, which you can learn more about here.

McCall said: “[The UK government] will have spoken to a large number of people in the industry about their views on Channel 4, and they will have encouraged all of those participants to put into the consultation,” she said.

“We have had a conversation or two about that with DCMS [Department for Digital, Culture, Media and Sport] here they have explained their rationale.”