‘We know and understand how precarious this situation is for you’ 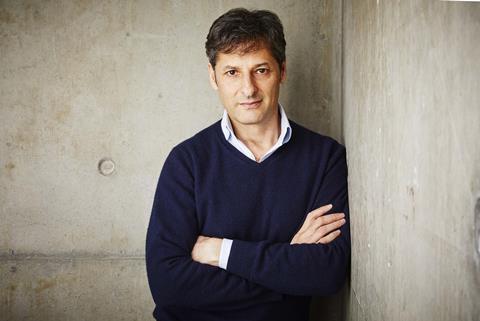 Channel 4’s commissioning teams have been tasked with checking in with freelancers as Ian Katz asks commissioners to order shows “largely made by the freelance community”.

Writing an open letter to freelancers, the director of programmes welcomed chancellor Rishi Sunak’s package of financial support but accepted there are challenges for some who are not eligible for the scheme.

Freelancers who are paid via limited companies have not been covered, neither have people who earned more than £50,000 profits last year.

Katz said C4 will be providing feedback to the government on these points to make sure it fully understands the concerns of the sector.

“Many of the commissioning team here have been freelancers themselves; we all have friends, partners or family who are freelancers – so we know and understand how precarious this situation is for you,” wrote Katz, in a letter posted on freelancer forums.

As a publicly-owned commercially-funded entity, Katz admitted he did not know the effect of the coronavirus outbreak on the channel but said that it is certain to be “dramatic”. However, despite this lack of clarity, he said it is the channel’s duty to keep commissioning great programmes and employ those in uncertain circumstances.

He said the recent Lockdown Academy slate of programmes, which included a dozen commissions from several indies, would play a part in helping some freelancers to keep going the best they can.

The letter in full

We at Channel 4 feel deeply for the freelance staff that work with us to make our shows – without you we would be unable to serve our audiences across the UK.

We have spent the last ten days, learning how to work in this strange and challenging new world, shape shifting our channel to stay on air and continue commissioning TV programmes. Our first priority has been to keep as many productions going as possible - and with them, freelancers in jobs.

Many of the commissioning team here have been freelancers themselves; we all have friends, partners or family who are freelancers – so we know and understand how precarious this situation is for you.

I have tasked members of my commissioning team with checking in with various groups and individuals in the freelance community and to feed back to me regularly.

Where initiatives are being developed, we are trying to respond quickly such as partnering with Donna Taberer and ScreenSkills who are designing an ambitious training programme. Over the next three months our commissioners and other Channel 4 staff will be meeting with you remotely for sessions to provide support and insight. We’ll also be offering upskilling sessions and we really hope you will join in and take advantage of them. But we also recognise that training is not a replacement for work.

That’s why, along with other broadcasters, we urged the government to extend its emergency support measures to cover freelance TV staff and we were pleased yesterday to see the Chancellor announce a package of financial support similar to the one he offered for permanent staff. We understand that there remain some challenges with the measures announced, in particular the timetable and who is currently eligible, and we will be providing feedback to the Government on these points to make sure they understand the concerns of the sector. In the meantime, our teams are thinking hard about how they can offer you additional, practical support in these times.

As you will know, though Channel 4 is publicly owned we are entirely commercially funded and reinvest all our available income into commissioning programmes. The impact of this crisis on our business is as yet still unknown but certain to be dramatic, but I believe that ultimately the best way for us to help is to continue to be in a position to commission great programmes – largely made by the freelance community.

You will have seen that we have announced a range of new commissions this week; we want to keep the industry and freelancers going as best we can.

We will continue to update you as we move forward together.