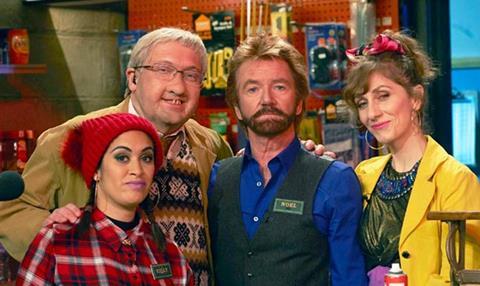 “The manner in which Noel Edmonds spun out the wafer-thin conceit of Deal Or No Deal may have been masterful, but here his efforts felt as painfully overdone as the product placement that presumably explained this show’s existence.”
Gabriel Tate, The Times

“Of the featured children last night, only sanguine Brexit-sceptic Oscar seemed to be participating off his own bat. Yet the innate drama of the format is untouchably tense and the achievements still remarkable. I wanted to tut disapprovingly, but found myself gasping in amazement rather more.”
Gabriel Tate, The Times

“This isn’t character building. It isn’t brain training. It is cruelty, served up for entertainment. However much host Richard Osman protests otherwise, this show’s agenda is to mock and ridicule children, and then to screen close-ups when they cry. It’s playground bullying on national television.”
Christopher Stevens, Daily Mail

“Not only does director/producer Lawrence Walford follow the police teams engaged in hunting and arresting serious tax criminals, he also gets his lens where few others have and speaks to the fraudsters themselves. Good on Walford for a surprising, fascinating piece of television, full of unexpected wonder.”
Julia Raeside, The Guardian

“Britain’s Relationship Secrets was cheap and heartless, but at least everyone taking part was aware of that —not just because they were adults, but because Anne Robinson was the presenter. Twice-divorced Anne concluded that nothing she had seen made her want to marry again. Nothing I saw made me want to tune in again next week.”
Christopher Stevens, Daily Mail