Revealing the work of a famous but secretly guarded institution 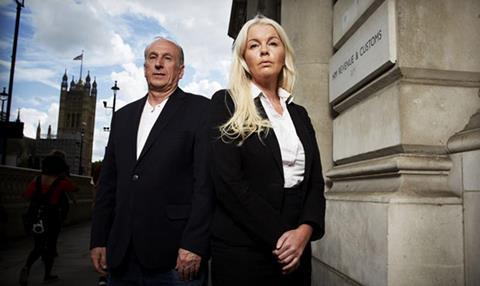 ‘Tax – none of us enjoy paying it. Some just don’t pay’. These are the opening words to my film, but perhaps it’s more appropriate to say: ‘Tax – no one thought it was interesting and no one wanted to commission it’.

Until, that was, I managed to persuade HMRC to allow me to film an early morning raid, which resulted in a tax cheat having his door smashed in and five armed officers forcibly arresting the managing director of a wine company. Now everyone was interested.

When I showed the footage to Channel 4’s Nick Mirsky in 2013, tax avoidance stories were rife and we both believed there was something in this.

Little did I know it would take me four years to deliver the film. In fact there are two, but the other one still sits in the C4 vaults, labelled ‘sub judice’. I hear there’s a hall of infamy reserved for persevering directors, more likely those stupid enough to take on these kinds of projects.

From the outset, we agreed that the films would only be compelling if we managed to capture both sides of the story: filming the tax men revealing their methods and unlocking the secret world of catching tax dodgers, and capturing on camera the people they were investigating.

The bar was set very high and I hadn’t even negotiated full access with HMRC, which also needed ministerial sign off.

With a healthy dose of naivety, passion and commitment, we jumped straight to the challenge and set about meeting and greeting some of the 50,000 staff that worked for HMRC.

What did this famous but secretly guarded institution actually do? How did they do it? And more crucially, how were we going to make it interesting to a television audience?

We quickly realised it was a massive, sprawling entity with no real precinct in which to film – and more worryingly, no one wanted to talk to us because everything was bound by tax payer confidentiality.

While time ticked away, we brought great legal minds together to work out a solution. Our fantastic production management team, headed by Fiona Freed and Charlie Bennett, began planning for a long skinny schedule, and started to jettison any excess baggage from the budget.

They say the parachute always opens; this was going to be long flight and on many occasions, I would discover that we’d simply be the passengers.

To keep costs down, and knowing this could be a slow burner, we began work with just two shooters: myself and Marcus Sulley. I was tasked with filming HMRC staff and Marcus went on the hunt for those being investigated. 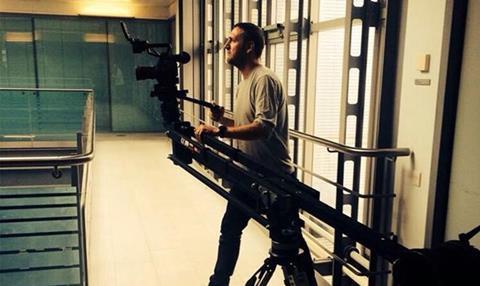 We discovered plenty of disgruntled taxpayers who, unsurprisingly, did not want to be identified, and many hard-working public servants who had endured decades of structural change at HMRC.

The last thing they wanted was a camera put in their face so production began in earnest without one in sight. We knew there were compelling stories out there, so we stuck at it hoping that trust and honesty would pave the way.

Then there was the problem of the complexities of tax, and how we would go about filming and describing this in a coherent way, particularly the difference between tax evasion and avoidance. Yes, this could be explained by experts, but I was keen not to use master interviews and to keep it as observational as possible.

A lot of time was spent discussing how we could bring to life a live investigation from within a closed community who had spent a lifetime honing a culture of secrecy.

Typical of an institution that has never allowed cameras inside, most of my time was spent trying to persuade HMRC staff that their jobs were fascinating and that it was only because they did it day in day out that they saw it as ordinary.

Our aim was to reignite the passion they once had and was still lingering, though difficult to find. I genuinely believe that positive things can come from the documentary-making process because it often reminds the contributor why they do what they do in the first place.

In the end, both HMRC staff and those being investigated explained each case from their point of view and we managed to sensitively follow the events as they unfolded.

What began to emerge was an interesting juxtaposition: we had found contributors who illustrated the vast spectrum of tax fraud, whilst simultaneously following the internal investigation from HMRC’s perspective. Slowly but surely, compelling stories revealed a fascinating fight between the tax dodgers and the tax men and women.

A year later, the films were ready, but some of the cases had yet to go through the courts. We stuck to our guns and waited patiently for the outcome.

In particular, one very complex case would take three years to conclude and I was impressed with the extraordinary commitment and resilience of the case officers, who knew this could be just one of many cases they were managing.

The relationship between filmmaker and subject is not always comfortable: there were many occasions when this was tested and we were very strict with ourselves about impartiality.

If you stick with it, treat the access with care and sensitivity, have a supportive team around you to help follow the story wherever it takes you, a production company like DSP willing to harbour the risk, and a channel patient enough to wait for the story to finish… the parachute will eventually open.