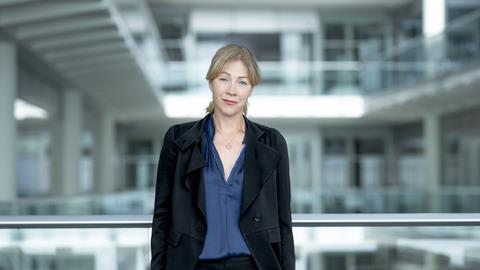 Comment: as we turn 65, examining the work we do and upholding the values that define us is crucial, says Anna Mallett

The clip accompanying this column features footage from one of ITN’s first broadcasts in 1955 – it’s eerily familiar and yet so obviously from another era : the calm instructions from the gallery as the director guides the team through the bulletin; the instructions to newscaster, Christopher Chataway to stop rustling his script; and of course the grainy black and white “actuality” footage – a revolutionary addition to TV news at the time - all provide a nostalgic window into those pioneering days.

But it’s the agenda that particularly fascinated me. After reporting on a parliamentary debate about abolishing the death penalty, the spotlight turns on the role of television itself and Independent Television’s decision to air the voice of an escaped prisoner, so controversial at the time, but apparently within the law.

65 years on, the tech might have got smaller and the autocue quieter, but broadcast news itself is still making headlines – never more so than in 2020, when events that started with the polarising EU membership referendum segued into parliamentary drama.

It was easy to assume Brexit and the ensuing winter election was the peak of a riotous four-year news cycle, but then, of course, this peak was trumped by the Covid-19 pandemic that swept across the world changing our lives in its wake.

However, news doesn’t stop and the spotlight has turned inward again towards issues around impartiality, and speculation about not one but two potential news channels – GB News and a News UK-owned network – adding their voice in the UK.

With technological and cultural change impacting on our industry so profoundly, it feels more important than ever to celebrate the 65th anniversary of independent television news by looking at the future of journalism and of content more generally.

As part of our festival of news, we’ll be showcasing the vast archive of broadcasts and footage and asking how our past achievements and working practices have informed our newsgathering today. By looking back at the past, we want to inspire the next generation of journalists and discuss the big issues that lie ahead for the future of our industry.

We’ll be hearing from all our teams at ITN, which bring you the news on ITV, Channel 4 and Channel 5, as well as ITN Productions, whose team will talk about the big moments, the dangerous moments, the glamourous moments, the successes, the failures and the ‘And Finallys’.

We’ll go behind-the-scenes with our reporters on their biggest scoops and hear how to land that key piece of access by pulling iconic interviews off the shelves. It really is a treasure trove to behold – everyone from Hollywood legends to Nelson Mandela, Margaret Thatcher, Idi Amin and Max Mosley.

Our strand ‘Days that Shook the World’ will look at those landmark moments in news like the death of Diana and 9/11 and ask the teams that made them, along with other contributors, to explain the impact they had on them personally and professionally.

We’ll also be inviting you to vote for your best ITN moment and attend our keynote panel discussion in November – the culmination of our celebration – that will ask industry players for their views on the challenges we face. The pandemic has made us all aware of the importance and role of trusted news in our daily lives.

It’s been an extraordinary year so far, so let’s have an extraordinary examination of our industry: what makes it work? What is our role? What challenges do we face? And why are our values that were founded in 1955 in a broadcast on ITV worth preserving?