Avid’s finishing system is still the go-to software, but post houses are starting to seek alternatives as the sector enjoys a boom time 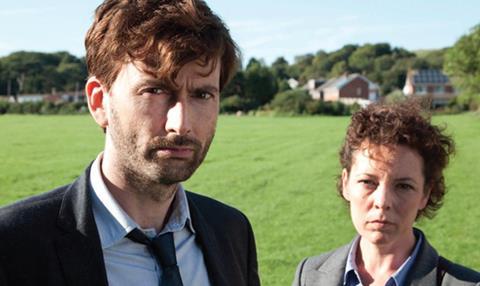 There’s no surer sign of a booming industry than a politician attaching themselves to it. And so it is with high-end TV drama and film, as the government looks to encourage more productions to shoot in the UK and bask in the reflected glory of an industry in the ascendancy.

UK studios report a brisk trade from productions of all size, and the post industry appears to be feeling the benefit.

Audience exposure to high-end productions has raised expectations in terms of quality, and large-scale co-productions look to be having an impact on the amount of work available to post-production companies.

According to Louise Stevenson, head of broadcast at Technicolor – which topped the audio, grade and online categories in our survey of the drama sector – bookings for 2016 suggest that longer series are being commissioned, with eight- and 13-part runs instead of a typical six parts.

Technicolor’s workflow of Pro Tools, Baselight and DS is typical of most productions in our survey. Despite the fact that Avid’s DS finishing system was discontinued in September 2013, with support for the software ending a year later, it is still far and away the most popular choice among the facilities that feature in our survey of the highest-rating drama programmes, with the software used in 22 out of 30 programmes featured.

The Farm chief executive David Klafkowski describes DS as “the only truly one-box solution for TV drama mastering for several years”. He says: “It’s ability to drop in and out of effects on the timeline, without opening different software modules is essential and, more fundamentally, it can genuinely have large, long and complex timelines open without grinding to a halt.” He describes the end of its life as “a problem but far from a nightmare”.

Adds Klafkowski: “We have had issues with DS and data traffic in and out, plus connectivity to SANs for some time, but have found workarounds – some of which are time consuming – for all them. The nail in the coffin will come because of its inability to work with 4K/UHD.”

The Farm is weighing up its post-DS options, with Autodesk Flame Premium under consideration.

Technicolor is in the process of moving from DS to Flame and is set to be fully Flame by year end. The choice was in part because of its VFX capabilities, but also because its DI department uses it already.

“All our online editors are very capable of completing VFX work as well, and we try to keep the same operator on a show throughout the process, although if it is VFX-heavy it will be shared,” says Stevenson. “That workflow allows us to work on things simultaneously – it’s all about making the process as seamless as possible.”

The rise of Avid S6

Avid’s S6 console, which only launched early last year, is already making its mark in drama post, with six of the productions in our survey using the console. With resellers and the likes of AKA Design, which makes specialist furniture for post facilities, reporting a brisk trade in S6 consoles and related kit, that figure looks set to rise by next year’s survey