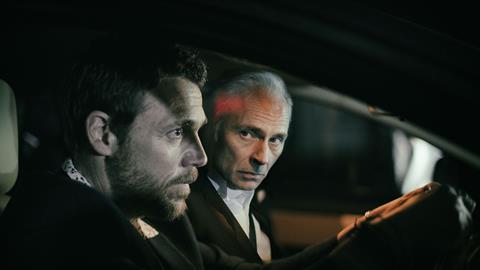 ‘The show was expertly scripted, acted and directed’

After receiving five-star reviews from the English and Scottish press, the Broadcast Digital Awards judges were equally impressed by the twists and turns of BBC Scotland’s first foray into drama.

Written and created by Neil Forsyth, the four-part series centres on two brothers, played by Mark Bonnar and Jamie Sives, who get involved in a hit-and-run. Airing on BBC Scotland to a series average of 163,000 (12%), it went on to air on BBC2, where it peaked with 1.4 million (5.3%). The drama drove large audiences to the BBC Scotland Masterbrand on iPlayer, where it amassed more than 3.5 million views.

Guilt was praised by the judges for the high production value it achieved for its relatively low budget. “Guilt fulfils the criteria set by the awards in terms of excellence, innovation and raising the profile of the channel, as well as fitting with the core brand and target audience,” said one judge.

Director Robbie McKillop was praised for creating a “new look” Scottish drama and the judges enjoyed its unique tone, which switches from hilarious to heart-breaking.

“The show was expertly scripted, acted and directed,” said another judge. “It has a confidence and assuredness which navigated the brilliant and unexpected twists of the episode.”

Another judge praised Guilt for its “intrinsic Scottishness”, adding that such a powerful first drama commission achieved the channel’s aim of finding a strong and loyal audience.