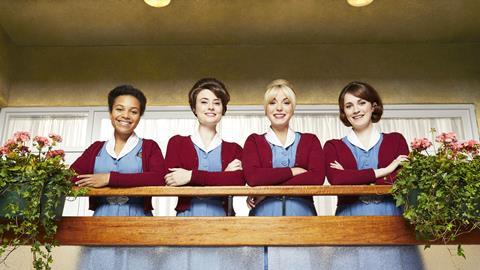 In recent years, a new tradition has been established among us female television writers. It starts with one of the channels announcing their drama commissions for the coming season.

A list of projects full of promise: some will become new favourites, some will be flops and some will mysteriously never quite make it to the screen. But, without fail, they will overwhelmingly be written by men.

And once again our irritation will boil over on to Twitter and Facebook and another day of writing will be lost to another collective social media howl of pain and frustration.

We howled again when cultbox.co.uk proudly listed ‘Every drama series ITV has planned for 2018’.

Of the nine new dramas listed, only one had a female lead writer. In fairness, the article was by no means defi nitive, as since it was published, ITV has announced two further dramas for 2018. Both by male writers.

That suggests that less than 10% of new drama greenlit by ITV for this year will be written by women. Perhaps you can now understand our rage? Less than 10%.

And the statistics are not much better when you start channel-hopping. And so, we want to ask you, the commissioners, a very simple question. Why? Because we are at a loss.

Is it because there just aren’t enough female writers out there?

No, it can’t be that. UK soap opera writing teams have plenty of women who write for the nation’s favourite characters on a daily basis. Women who are sharpening their skills and discipline on the most exacting shows on British television.

Soaps are the boot camps of TV writing. They demand unrelenting creativity, consistency and a photographic memory for years of story and enormous casts of characters. And yet these talented and hard-working female writers remain an untapped resource.

They do not seem to be ‘graduating’ onto next-level shows where they could develop their skills further and raise their profiles. Flagship shows like the BBC’s Silent Witness, which has employed only five female writers during its 20-year run. Or Doctor Who, which managed to go five series without an episode written by a woman.

If anyone truly believes that, we have three words for you: Call The Midwife.

This ratings behemoth has a female showrunner, the mighty Heidi Thomas, and a female writing team. For the past two years it has won the Christmas Day ratings battle, with 10 million viewers tuning in to have their hearts warmed by something other than postturkey heartburn. And that isn’t just a Christmas miracle.

The show hit the ground running, with its first series averaging more than 10 million per episode and it has maintained that audience across another six series. Surely you commissioners pray for that kind of audience loyalty?

And those lovely nuns are not outliers. The second series of Sally Wainwright’s Happy Valley attracted 1 million more viewers for its second series, averaging 9 million-plus. Her other award-wining BBC1 series, Last Tango In Halifax, averaged 7.5 million.

We know that there are plenty of female-led projects on your development slates. And yet very few of these shows are making it into production.

The gap between being commissioned and being produced seems disproportionately large when it comes to women’s work. And we’d really love to know why.

Once again, we are left desperately looking for a bright side. It is encouraging that many of the new ITV dramas have female characters front and centre. It is great to see that women’s stories are now being told. It’s just that we feel we might be better qualified to tell our own stories.

And this goes double for our BAME colleagues, who also seem to be consistently conspicuous by their absence.

So, we pose the question again. Why are you not making drama by female writers?

Come on, tell us the truth. We can take it. We look forward to hearing from you.

Yours in confusion and anger

And the many others who gave their support but didn’t wish to be named at this time.