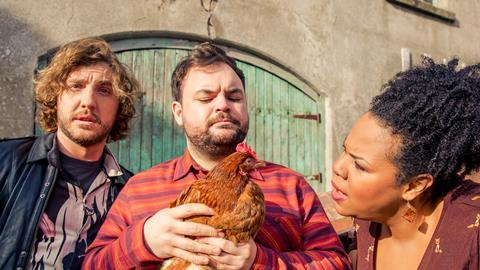 Making a Netflix gameshow in which contestants can be electrocuted or slapped in the face was a joy – but having no set TX date or duration took some getting used to, says Kieran Doherty

Last year, we were commissioned to make a physical gameshow for Netflix, set on an abandoned farm in Northern Ireland, featuring members of the public playing games so hilariously insane and eye-wateringly painful we had to remove all the swearing in the edit. There are worse ways to spend your summer.

There’s only one rule in Flinch: do not flinch. If you do, terrible things will happen to you. By ‘terrible’, I mean you might get electrocuted, have your fingers snapped by mousetraps, or be slapped repeatedly in the face by two ginger farmhands. That sort of thing. 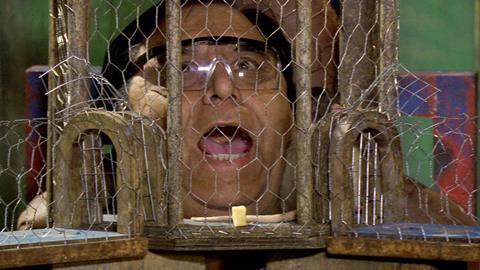 Shooting on an abandoned farm in Ireland has many perks – but electricity, running water and toilets are not among them. The site was amazing, though. It had just the right air of menace and danger; mostly because it was menacing and dangerous.

Before we could start filming, we had to build a production village, connect it to the electricity and water supply and make sure all the asbestos was safely cordoned off.

There were plenty of further challenges during production. It was summer in Northern Ireland, so we expected cold weather, but we hadn’t banked on snow – and heating a giant abandoned barn with a patchy roof wasn’t easy, or cheap. 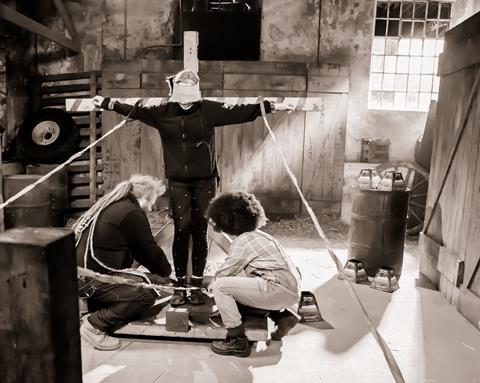 We also hit a snag with our transport. On one particularly long day, we had to release our bus drivers because they’d worked their maximum hours.

Unfortunately, we still had 10 contestants and an audience of about 100 people to get home. Do you know how many six-seater taxis there are in Ireland? Not enough. When I get out of TV, I’m buying a people carrier.

But these were only small things. Our real concern was the safety of our contributors and crew – and thankfully, that never became an issue. Every game, every prop, every piece of set was carefully built and tested to ensure it was safe.

We only had two injuries across the whole shoot: a runner banged his head on a cherry picker – but that was mostly his fault – and our medic had an allergic reaction to the weasels. Fairly standard stuff.

Kieran Doherty - My tricks of the trade

Making a physical gameshow for Netflix is a brilliant experience. For a start, there’s no looming TX date. In effect, you’re free to make the best possible show you can without the usual restraints of network television.

That sounds good – and it is – but it’s also unnerving. Everything you think you know, you have to rethink. Our commissioner, Nat Grouille, kept us on track throughout the process but it was very challenging.

When there’s no hard and fast duration to stick to, how do you know if your show is too long or too short? We decided that if we stopped laughing, it was too long. 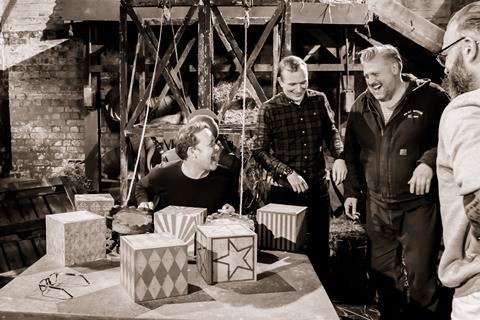 So our crew of 80 found themselves in the purpose-built production village, in the middle of nowhere, during a snowy Irish summer, with 80 contributors, an audience of hundreds and three good-natured, eternally patient hosts.

Our games (see box, below) involved animals, water, children, washing machines, cattle prods and giant tractor tyres. The best part of the whole shoot was listening to the gallery and crew laughing as the games played out.

That’s how we knew we had something. It was too cold to make a phone call outdoors yet people were still laughing.

SETTING THE RULES FOR A BRAND NEW GAMESHOW 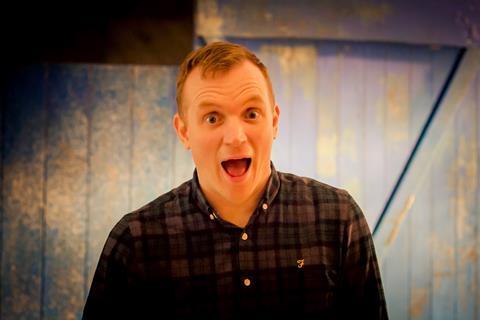 When creating a brand new world of games, the best thing you can do is make it as hard on yourself as possible. By this, I mean making lots of rules early doors to help frame everything.

First off: the setting. Flinch’s taster was shot on a farm and Netflix loved it. But why a farm?

Well, because there’s an unhinged farmer in the Northern Irish countryside building fiendish games to test the nerves of visitors, so the games had to look like they had been cobbled together from found objects: tools and animals were in and anything TV gameshow was out. We wanted the sense that anything could go wrong at any moment.

It was essential that the games were as simple as possible. This is a rule to live by for any show – but especially one that is going to play in non-English-speaking territories. 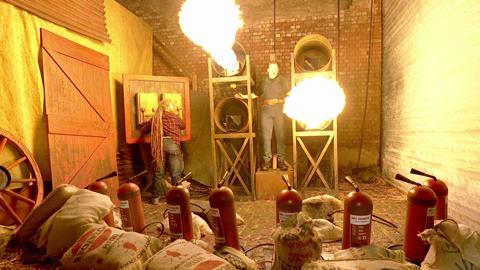 So we created a test: if you passed someone watching Flinch on a plane, would you be able to tell what was going on by glancing at their screen? If the answer was no, the game wasn’t for us.

As a final test, we enlisted 2000AD artist PJ Holden. He drew each game as a series of comic-book panels and if he couldn’t easily explain the game on one page, it wasn’t going to work.

So far, so dangerous, which is why we needed the experience of series producer Andrew Norgate. When it comes to making whacky, never-been-done-before games safe and funny, he can tell you what’s what. Once we settled on the mechanics, it was down to production designer Peter Gordon and his team to bring the games to life.

The most important rule when producing games is: test, test, test. So off we went to a secluded location in County Armagh, where no one could hear the screams of our plucky testers as we gave out free electric shocks and let hungry animals have their merry way.

Watching someone get a shock because they flinched at an oversized tyre whizzing past their head is hilarious but what if they continue to flinch and receive shock after shock? Does it get cruel? Nope, still funny.

This is when the ‘psychology’ comes into play. Our contestants know if they remain still they leave pain free, and watching that mental battle in their heads play out in real time is highly addictive.