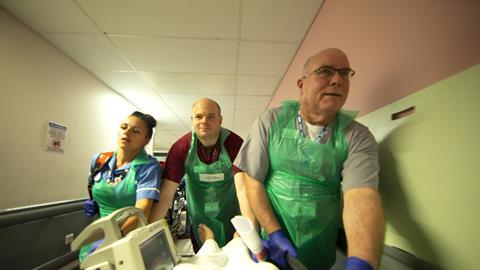 For a truly different take on this crowded genre, we focused on critical cases and drew up a long list of clichés to be avoided, says Michael Tuft

TV isn’t short of top-quality hospital docs, so if you’re going to enter the genre, your idea needs to be different. It needs to have a unique look and feel – while staying true to the environment and the subject.

This was the ambition behind Critical Condition: to create something new in a crowded field and, with the full backing and encouragement of Channel 5, to be radical, innovative and unflinching. That is what we went to Royal Stoke University Hospital to do.

We chose to concentrate on critical cases, where decisions have to be made instantly and the risks of intervention are the most substantial. We wanted to capture what it is really like to work in that environment and to live through those experiences – particularly at the moments of greatest intensity.

This wasn’t a decision we took lightly. We understood that it would mean witnessing traumatic and upsetting events – cases where patients were told there was nothing more to be done for them; where people were injured almost beyond recognition. 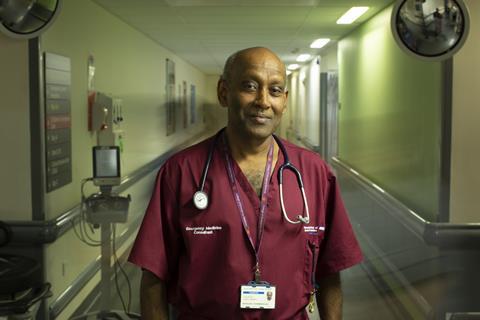 However, we also knew and understood that we rely on NHS staff to perform extraordinary acts in these same circumstances and understanding their world and their perspectives felt important.

After the recce – and taking on the challenge of doing things totally differently – we drew up a list of dos and don’ts.

The ‘do’ list was simple: try to record what it is like to be in the bay making the decisions when medical staff are fighting to save someone’s life, and film it in a way that catches the kinetic energy and cohesion of multiple staff working in concert on one patient. 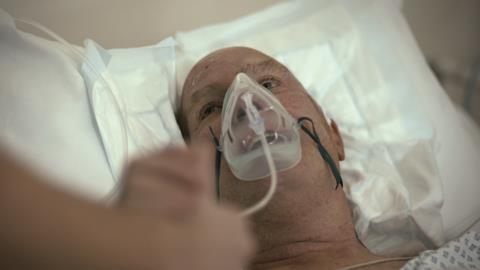 On the ‘don’t’ list were many of the techniques and staples that we as doc-makers rely on: no tripods, lights, fixed rigs, GoPros, GVs (as far as possible), exteriors, sit-down interviews, narrator’s voice, minor cases, waiting room banter, NHS funding – or Brexit.

That was the plan. But, as anyone who has been in a Resus area at full stretch will know, it is disorientating, scary, loud and busy – and then, suddenly, there will be islands of calm. We learned to adjust, to wait and see, to capture the lulls amid the focus and seeming chaos.

The core unit on location was two shooting teams, a consents producer and a series producer. We decided early on that the team that started a case would film it to completion – including overnight surgery, if necessary. 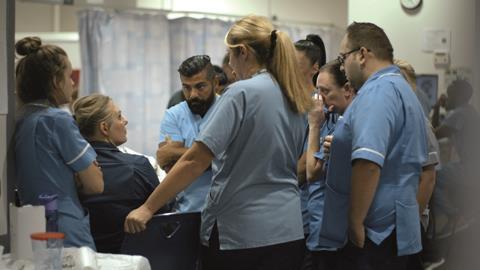 We all needed to be adaptable, and we would often run along endless corridors as patients were transferred from one part of the hospital to another. We realised that this gave an incredible energy and intimacy to our rushes – and, in any case, we didn’t have enough resources to have two teams film one story.

It took confidence to stick to our guns, because at the back of our minds was the question: what is happening elsewhere? Traumas don’t fit into neat schedules. There were times when nothing much happened, and we felt as if we wouldn’t manage to fill our screen time. Then there were others when so much was going on that we couldn’t capture it all.

Michael Tuft - My Tricks of the Trade

Through the ups and the downs, we learned that what we had to do was stick to our plan: tell the stories we had and never abandon one halfway through for another. The last thing we wanted was a big bag of half-completed stories.

Over the weeks, we realised that having a small team worked in our favour. We got to know the staff well, and I like to think that they trusted us.

We did what we said we were going to do, believed in what we were doing, and didn’t ask them about things that weren’t relevant to our project when the camera was rolling. 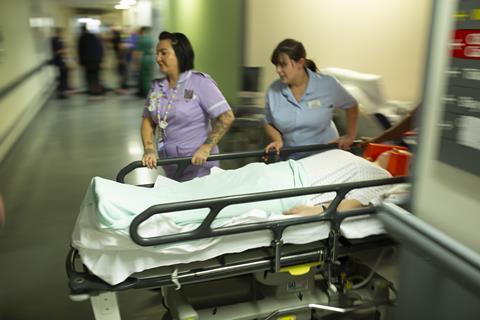 We were very lucky in our choice of hospital. Almost without exception, the staff were friendly and helpful. The vast majority consented to being filmed and were brilliant at relaying their experiences. Most of our patients or their families also agreed to have their treatment filmed.

Our films have captured the often harrowing but extraordinary details of what it takes to save a life in an emergency. It’s up close and personal: there are heart attacks, blood is spilled, organs are removed, tumours get excised and tears are dabbed away.

We saw things that everyone on the team will never forget. But that just left us more awestruck by the skill and dedication of the staff for whom this is a life-long career and not a shoot. It made us even more determined to do their story justice. I hope we have.

UP CLOSE AND PERSONAL 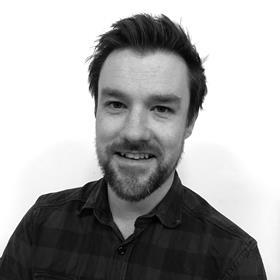 With the daunting task of capturing life-saving medical interventions in an immersive and personal way, we made the decision to film exclusively on prime lenses, wide open at their largest apertures. This created a distinctive shallow depth-of-field look, drawing the viewer’s focus to the action.

Shooting on the Sony FS7, we used 50mm and 85mm lenses to give a look that replicated the human eye’s field of view as closely as possible, making it feel like you are actually there at the heart of the action. It also gave moments with patients and family a close, intimate feel.

As anyone who has filmed actuality in this way can attest, it took time to find our range. It was challenging to keep up with the action while keeping focus.

Audio was just as, if not more, important than the visuals. For basic coverage, each camera had four mics: three radios on the key clinicians and a boom to pick up the rest. 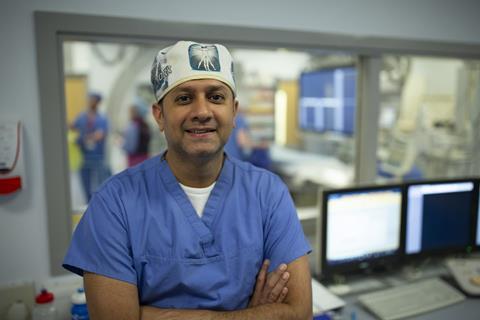 We then needed a mix that did the pictures justice; not only to isolate the key sync necessary to comprehensively tell the story but also to immerse viewers in the soundscape of Resus at its busiest. This was even more critical given that we did not plan not to use third-person voiceover.

The technical narrative planning needed a fool-proof system for dealing with consents, as we averaged 100 people per episode. RIMMS, an iPad-based headshot programme, helped us build a database of 700 staff from the emergency department, stroke and cardiac units, theatres and intensive care units.

It was invaluable for postproduction, giving us an accessible record of most staff filmed and those we needed to identify and consent as our episodes took shape.