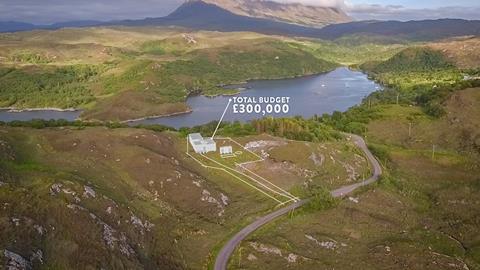 The strength of your stories can make or break a new series, so the starting point for our team was to search every corner of the UK to find the most extraordinary and diverse kit house builds.

The criteria were clear: we wanted warm and likeable characters who would open up and engage the audience; pioneering house builders who were pushing the boundaries with innovative manufacturing techniques and materials; and spectacular and challenging plots – from storm-beaten islands to rugged wildernesses. 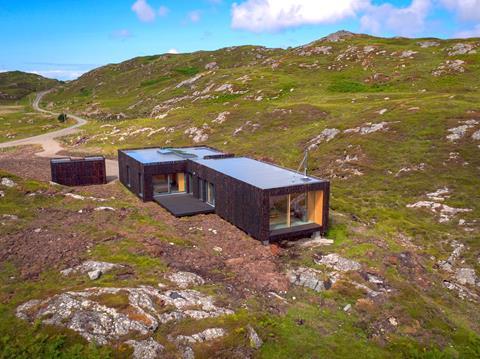 Unfortunately, the inaccessibility of some of the plots created problems for our schedule and budget. We always had to weigh up the amount and quality of content on offer against travel time and costs incurred.

From our office in London, it took a day and a half to reach one plot on the Isle of Harris in the Outer Hebrides, so our shoots had to be well timed to warrant the epic round trip. It was always a gamble, given the notoriously bad weather conditions.

The isolated locations threw up extra challenges on long filming days. On one occasion, the build team worked into the night to erect a house as a storm was blowing in from the Atlantic.

The bitterly cold conditions were draining the camera batteries so one of the crew had to ferry them back to the nearest power source a few miles away for a charge. 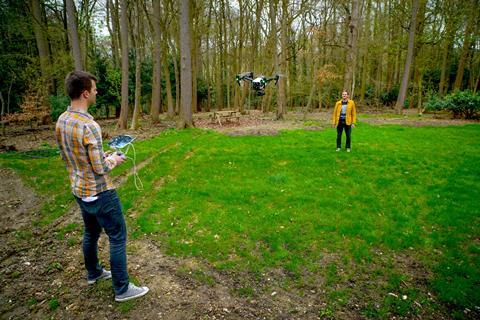 We were keen to showcase the spectacular locations using drone technology. However, the remoteness of the plots and the inclement weather would have made hiring specialist drone operators financially unviable. Instead I obtained my drone licence, which gave us flexibility to get aerials when conditions allowed.

We worked closely with creative agency Hello Charlie to develop a selection of graphics that would complement and enhance the camera-shot sequences and create a strong, identifiable brand across the series.

But we didn’t want the CGI to distract from the dramatic landscapes, so we developed semi-translucent, white models of the houses for the virtual cameras to ‘fly through’. We also supplied 360-degree ‘globes’ using photos of the plots to provide a backdrop.

These give the audience a sense of the views on offer from inside the homes without reducing the impact of the final reveal. 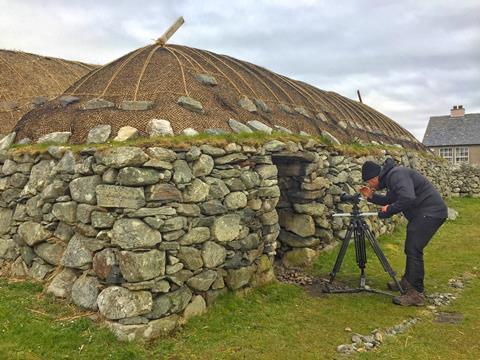 Augmented reality (AR) embedded the CG models in the real-world footage. We overlaid the house designs on tracking drone shots and highlighted interesting technical details of the build process.

The graphics team designed the series title card in the same style as the house models – which, coupled with a consistent, striking white font, added further branding across the films.

We had the luxury of dedicating an entire hour-long programme to each build. This allowed time for extra scenes for the story to develop around our contributors as they embark on the emotional rollercoaster of building a home from scratch; the joy as the house starts to take shape; and the stress when weather hampers progress or someone’s life savings are balancing precariously on the end of a forklift.

Johnny Shipley - My tricks of the trade

As a production team, our experiences often mirrored those of the homebuilders as their delays had a knock-on effect on our schedule. It has been a real challenge trying to manage the budget over more than 18 months with so much completely out of our control.

Our solution was to keep the core team small and flexible, so we could adapt our plans at the last minute. This also enabled us to form trusted bonds with the contributors and meant they were more comfort able opening up on camera. It allowed us to capture genuine, candid moments.

Ultimately, the restrictions and long timeframe of the series has given the films strong narrative arcs coupled with real heart and emotion – attributes that are impossible to construct.

The versatility of the crew also proved key to achieving high production values without breaking the bank.

We hired our main shooting cameras to avoid the risk of maintenance responsibilities and costs, but we invested in our own simple but effective kit: an A7S MKII camera, lenses, slider and gimbal. Taking this equipment on all shoots helped establish a consistent filming style across the series.

The films document the diverse mix of drama, humour and relief that is inevitable over the lengthy process of building a new home from scratch.

As a production team, our only choice was to keep calm, carry on, and hope that none of our stories turned out to be totally impossible. 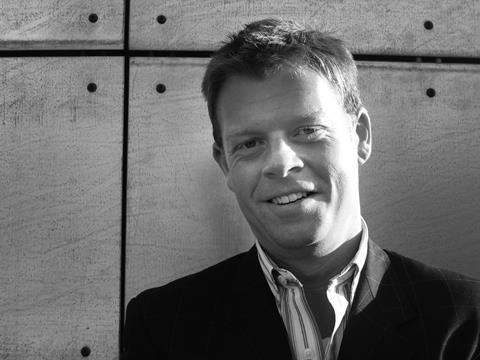 “Why make this now?” It’s a crucial question that anyone developing a new series needs to consider. While ensuring our series had a strong narrative drive and used pioneering technology to give it an identifiable, stylistic look, we also shaped Impossible Builds to have a newsworthy edge.

The idea for the series grew out of a personal desire to build my own house. Having graduated from Lego and Ikea to building timber furniture and bookcases from scratch, constructing a kit house seemed like the natural next step.

I met several companies that were developing this relatively new form of homebuilding and it became apparent that a combination of advanced material technology and workshop construction techniques were making kit homes more affordable and adaptable than traditional houses.

We framed our storytelling around the pros and cons of these innovations to explore the new frontiers and debates kit homes are opening up, asking whether they can solve the UK’s housing shortage and delving into the complexities of building a home in a conservation area.

Our hunt for unique stories led to us capturing many eye-opening scenes. In the first episode, we explore how a cliff-top house – made from 13 interconnecting modules – is held together with little more than high-tech sticky tape.

We also reveal how engineers commandeered a helicopter to airlift the pieces of a modular cabin to a loch-side plot so remote there were no direct roads.

I’ve yet to realise the dream of my own impossible build, but the brave new worlds these homes are creating are dramatic.