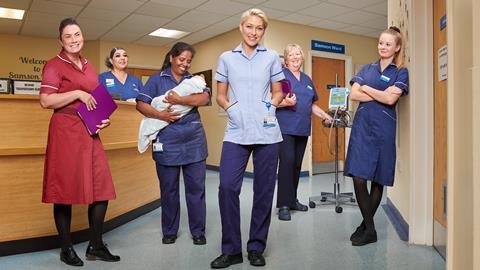 Emma Willis Delivering Babies secured its second Broadcast Digital award win in this category, after the Firecracker Films debut picked up Best Popular Factual Programme in 2019. One judge said Willis’ return to The Princess Alexandra Hospital to complete her training took immersive celeb docs to “another level”. Securing a talent like Willis has resulted in W broadening its appeal both on air and on social.

The UKTV-owned channel’s social media footprint almost doubled after the first episode aired and the show performed 300% up on slot average. The eight-part series became W’s most-watched in 2019 and did its duty of attracting the key demographic of women aged 25 to 44.

To complete her Maternity Care Assistant (MCA) training, Willis worked in the hospital’s Neo Natal Intensive Care Unit, which cares for critically ill newborns, and found herself the only MCA in theatre during caesarean sections.

“This is a channel-defining show that has cut through and continues to bring an audience to the channel,” said one judge. “The fantastic central talent was fully immersed in the experience and there was real jeopardy.” Emma Willis Delivering Babies is a successful attempt from W to utilise a high-profile talent while they execute a passion project as well as draw in an audience.

Portrait Artist of The Year, Storyvault TV for Sky Arts